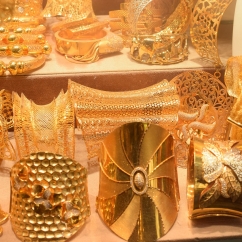 Mumbai, India--Jewelers in India are eager to continue their expansion plans, as sales are expected to increase further after almost doubling in 2021, according to a Bloomberg report.

According to the report, India's gold imports jumped to the highest in a decade in 2021.

This year, demand is expected to grow further by around 10%, starting April, as per the report.

The revenue for jewelry retailers will also grow by around 15% in the following physical year. The rise in revenue would be backed by the increasing gold prices and demand, according to Crisil Ltd.,  the Indian arm of S&P Global Inc.

"That will keep the credit outlook for organized jewelers' stable' next fiscal, despite higher capital spending and inventory," Crisil Ltd.'s report said. "Revenue growth would have been even higher next fiscal but for the Russia-Ukraine conflict, which has cranked up gold prices."