New York, NY—Enchanted Diamonds was far less well-known than Blue Nile, Amazon, Macy’s, or other online jewelry retailers, but those consumers who found the e-tailer anyway are now wishing they hadn’t. The site, which also had a physical store in Manhattan’s Times Square, went dark in June, taking a collective $1.8 million of its customers’ money with it.

Enchanted Diamonds laid off its employees via text on June 13, declared Chapter 7 bankruptcy shortly thereafter and ceased operations, leaving a huge list of creditors, including individual consumers out four, five, and six figures.

Articles in The New York Daily News (cover, left) and the Detroit Free Press, among other papers, detailed customers’ losses, many of whom had saved up for a long time to buy an engagement ring. After finding a “good deal” at Enchanted Diamonds and wiring the money, the hapless customers never got their ring, only endless excuses as to why not. 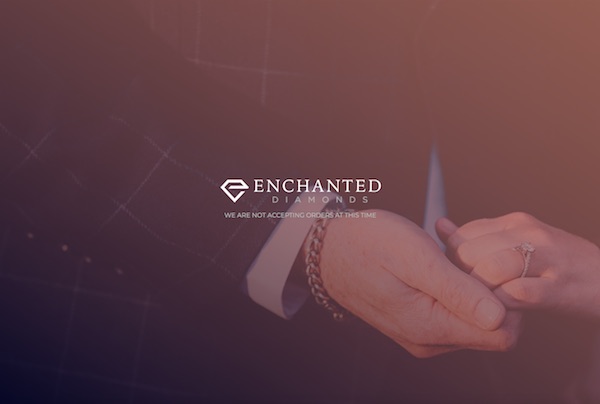 Enchanted Diamonds' homepage shows the site is inactive and both customers and reporters that tried to call found the phones disconnected.

Many of those customers found the site through Rare Carat, an aggregator for diamonds and jewelry that works similarly to how Kayak and Trivago find travel and hotel deals. Rare Carat maintained Enchanted Diamonds had not only passed its own checks but also had an excellent (A+) rating with the Better Business Bureau, Google, and Yelp for six years until shortly before it folded in June. Its ratings were higher than Blue Nile and James Allen, Rare Carat CEO Ajay Anand said in a blog post on the Rare Carat site.

Laura Blankenship, director of marketing for the Better Business Bureau Serving Eastern Michigan and the Upper Peninsula, told the Free Press, "If you’re asked to send the money via wire transfer, this is a huge red flag.”

“I started Rare Carat because I hated the shadiness I experienced while buying a diamond, so I take this personally,” he wrote.

Enchanted Diamonds’ head Joshua Niamehr blamed Rare Carat for the company’s woes. He denied there was any scam or fraud, and told the News a business relationship with Rare Carat went bad. Rare Carat, meanwhile, called it a “cut-and-dried fraud case” and is working with federal prosecutors.

“We are excited to have new resources and capabilities to offer and continue driving value for all of our customers,” said Ed DeCristofaro, CEO of LDC. The companies have been working closely over the past 18 months to make the transition seamless and the First Casting Division of LDC will continue day-to-day business as usual, without interruption, he said. Keith Marsello is the main contact at First Casting. Email: keith@ldc85.com.