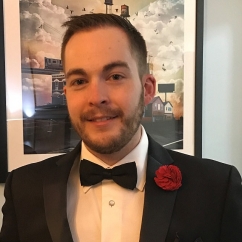 New York, NY—The Diamond Producers Association has appointed Grant Mobley (left) to lead the U.S. trade. Mobley, a Diamonds graduate from the Gemological Institute of America, joins DPA with more than 13 years’ experience in the jewelry industry, encompassing retail, manufacturing, and sourcing. In his newly created role, Mobley will be at the forefront of partnering with retailers and other industry stakeholders to share insights and impact of the “Real is Rare. Real is a Diamond” platform. Likewise, the industry’s input and experience will strengthen and amplify the campaign’s long-term success.

“The addition of Grant, an experienced diamond expert, to the DPA creates an important link to the industry,” said Deborah Marquardt DPA chief marketing officer. “His depth of his knowledge, industry expertise, strong retailer relationships, and passion for diamonds will be instrumental as the ‘Real is Rare’ platform continues to grow and evolve.”

Mobley most recently led sales for Pluczenik Diamond Company, a leading diamond sightholder and manufacturer. He has been quoted about diamonds in multiple online and print publications such as Buzzfeed, Brides, Cosmopolitan, W Magazine, Elle, and more. Mobley has also been active in jewelry trade organizations in North America, including IJO, RJO, CBG, SJTA, and the Plumb Club.

New York, NY--The Diamond Empowerment Fund has added Abhay Javeri (below left), CEO of SDC Designs and Sandeep Kothari (below right), group managing director of KGK, to its board of directors.

“I am thrilled to be part of this great organization and cause. Empowering youth from diamond communities to become the next generation of leaders through access to higher education is a noble mission worth supporting,” said Javeri.

Added Kothari, “D.E.F’s mission has a direct and tangible ‘diamonds do good’ impact that the millennial consumer needs to hear.” 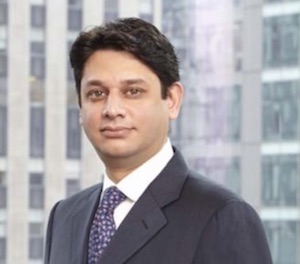 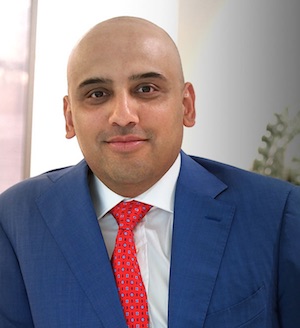 Javeri and Kothari will join fellow board members in Las Vegas in support of the 2018 Diamonds Do Good Awards being held on May 31 at the Four Seasons Hotel. Symbolizing the mission of the Diamond Empowerment Fund and amplifying a positive narrative surrounding diamonds, honorees are chosen for their exemplary actions in creating and implementing programs that positively impact communities where they operate. This year’s honorees include Bruce Cleaver, CEO De Beers for work in accelerating the professional advancement of women throughout their operations and the Government of the Northwest Territories whose sustainable mining practices has enriched livelihoods and preserved the culture of indigenous groups while protecting the environment and wildlife alike.

For more information and to purchase tickets/sponsorships for the Diamonds Do Good Awards gala, please visit diamondsdogoodawards.org.

Boston, MA--Gordon Brothers, the global advisory, restructuring and investment firm, has hired Chris Carmosino as its new president of valuations. He takes over from retiring valuations president Rick Schmitt, who assumed leadership of the group in 2015 following Gordon Brothers’ acquisition of AccuVal, a leading industrial appraisal company he founded and led for 30 years. 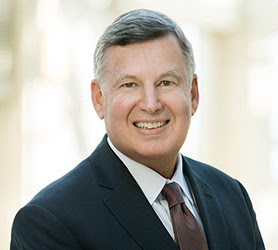 Carmosino has over 30 years of commercial banking experience and joins Gordon Bros. from Citizens Business Capital, where he led the asset-based lending unit.

“As a long-time leader in the asset-based lending industry, Chris is uniquely positioned to understand the needs of our clients and evolve the business,” said Ken Frieze, Gordon Brothers CEO. “I look forward to his leadership, as we continue to grow our valuation practice across our industry-leading platform”.

“It’s an honor to join such a well-respected firm,” Carmosino stated. “I look forward to working with a first-class team, building on Gordon Brothers’ strong heritage of asset valuation and disposition, and continuing to provide the market leading insight lenders rely on.”

Next article:
Gold Analyst Says Skies Are Sunny Now But Clouds Are Building