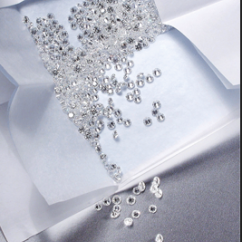 Carlsbad, CA—By the end of the year, jewelers will be able to easily identify synthetic diamonds at the counter. Last week, GIA (Gemological Institute of America) announced it will have an affordable yet sophisticated desktop instrument available by year’s end that will allow jewelers to easily and reliably identify natural diamonds from all simulants, synthetic, or treated stones.

“There is perhaps no greater issue in the gem and jewelry trade today than concerns about the possibility of undisclosed synthetic diamonds being inadvertently sold to consumers,” said GIA president and CEO Susan Jacques. “This new instrument is the culmination of more than 60 years of GIA research into synthetic diamonds and will give the trade – including retail jewelers – the ability to have immediate confidence in their diamonds.”

“Synthetic diamonds are becoming more prevalent in the market and, if they are disclosed, are a legitimate choice for consumers. GIA and other gemological laboratories play a critical role in ensuring that disclosure,” added GIA executive vice president and chief laboratory and research officer Tom Moses.

It’s undisclosed synthetics posing as naturals that threaten to undermine confidence in the industry, especially following the discovery of multiple parcels of supposedly-natural melee sprinkled with a significant number of synthetics.

For decades, all diamonds submitted to GIA for grading have been analyzed to definitively identify any synthetic or treated stones. In 2014, the GIA DiamondCheck was made available at no cost to diamond bourses around the world and in December 2016, GIA introduced its Melee Analysis Service to rapidly and efficiently separate natural, untreated melee-sized diamonds from simulants and treated or synthetic stones.

The new GIA mounted gem testing device—first demonstrated last week in India at the Diamond Detection Expo and Symposium in Surat—combines advanced spectroscopic technology; GIA’s extensive research into the qualities of natural, treated and synthetic diamonds; and decades of diamond analysis experience. It will be able to identify more than 97% of untreated natural D-to-Z color diamonds 0.9 mm or greater in diameter (approximately 0.005 carat), whether mounted or unmounted. (Jewelers still are encouraged to refer any stones that show up as possibly synthetic or treated to a laboratory for further examination.) It also sniffs out diamond simulants, including the new moissanite that can slip by older moissanite testers.

Most importantly, the new instrument—slated for launch later this year—requires no special training to use and will be accessibly priced for the majority of the trade (between $4,000 and $5,000, according to this report.)

GIA is conducting further research and development to extend the capabilities of the instrument to identify natural pink diamonds and other materials.

New York, NY--The Jewelers’ Security Alliance is offering a reward of up to $10,000 for information leading to the arrest of the black male and female robbery suspects pictured below, who are believed to have carried out four violent armed robberies of jewelry stores in Georgia. If you have information, please call JSA on its Reward Hotline at 800-325-1883. If you wish to remain anonymous, measures will be taken to insure the protection of your identity, yet allow the payment of the reward.

New York, NY--"Emergency Planning For Small Businesses" is a seminar hosted by the 47th Street Business Improvement District (BID) next week. The event will take place Wednesday, April 26, at 10:30 a.m. at Valley National Bank, 71 W. 47 St., lower level.  Valley Bank is sponsoring the event, which will be presented by the New York City Office of Emergency Management. Free kosher food and refreshments will be provided.

The event is free but registration is required. Email name, company and phone number to info@diamonddistrict.org.

Atlanta, GA—Libby Brown has been named the new executive director of The Atlanta Jewelry Show, a promotion from her prior post as assistant executive director for 17 years. She assumes the position from Carol Young, who is stepping down after 20 years.

“I’m definitely stepping into big shoes,” says Brown, “Carol has led this organization with true dedication. I can’t begin to describe how much I have learned from her over the years. I owe Carol a huge debt of gratitude for all she taught me, and for all the fun we have had working together. The team and I are determined to continue the exciting changes that she initiated in the past year. We are really going to miss her.”

This spring, the Atlanta Jewelry Show introduced a new look, floor plan, and education program. Steve Binder, president of the board of the Southern Jewelry Traveler’s Association, Inc., the organization that produces the Atlanta Jewelry Show, says Young is leaving on a high note. “Carol has some career experiences she’d like to pursue now that she’s spent 20 years with us. She stayed a bit longer than she intended, but she wanted to make sure that the relaunch of the show was accomplished first. She said that she leaves knowing the show is in capable hands, pointed in the right direction. We truly wish her the best.”

Brown, along with the rest of the Atlanta Jewelry Show team, will continue to develop the show community and experience according to the new strategic plan developed in 2016. “As a not-for-profit trade show, we are able to reinvest everything the show earns back into the exhibitor and retailer experience. We are all very excited about the path we are on. Watch for more exciting developments at our next show in August,” said Brown.