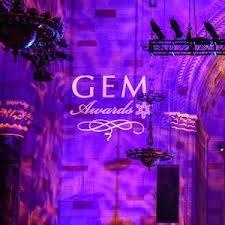 New York, NY—Jewelers of America (JA) and the GEM Awards committee have announced the GEM Award nominees in the categories of Jewelry Design, Media Excellence and Retail Innovation. The winners in these categories will be announced live during the 18thAnnual GEM Awards on Friday, January 10, 2020, at Cipriani 42ndStreet in New York.

The GEM Awards honor individuals and brands whose work raises the visibility and status of fine jewelry and watches in the consumer market. Each nominee has achieved excellence in their field and awards category. The 2020 GEM Award nominees are:

New York, NY—GIA (Gemological Institute of America) introduces the “GIA New York Science Talks Series,” a dynamic and informative new series of talks where GIA researchers will share ground-breaking discoveries related to gemology, such as natural diamond formation, what diamonds tell us about Earth’s deep mantle, laboratory-grown diamonds, and more. The quarterly talks are free and open to the public.

“With research being the foundation of GIA’s expertise and activities – including laboratory services, education and instrumentation – we are delighted to offer these informal and informative talks at our campus on 47th Street to give the public, students and members of the trade a chance to hear first-hand about GIA’s discoveries and the mission of our research,” said Tom Moses, GIA executive vice president and chief laboratory and research officer.

The hour-long evening sessions begin at 5:00 p.m. at GIA’s education campus on the 8th floor of the International Gem Tower at 50 W 47th Street, New York, NY 10036. Refreshments will be served. For more information and to register for the first talk on Oct. 30, visit GIA.edu/science-talks.

“Though we had a feeling this trend was getting stronger, there was a stigma attached to sharing news about reverse proposals. We struggled to find five women willing to come forward,” says Severine Ferrari, founder of Engagement 101. But one year later, the site has now shared over 140 reverse proposals and counting. 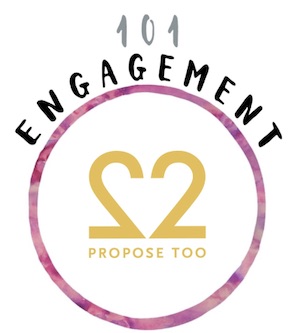 A majority of women who propose pick an engagement band to give their prospective fiancé during the proposal. The site this week launched a design contest to challenge the jewelry industry to create more “man-gagement” ring designs. The Engagement 101 audience will vote for their favorite styles.

Christopher Designs is the 2019 Propose Too sponsor. Later this month, the site will ask followers to mock propose to their boyfriends to enter to win an engagement band featuring a legendary L'Amour Crisscut diamond, and celebrate the beginning of engagement season.

Separately, this month is also a big milestone for Engagement 101 TV: it’s 10 years old. The site began adding video content a decade ago and then created a YouTube channel. Now viewers can see Engagement 101 webisodes all across the internet and more recently on the site’s new IGTV channel.

Milan, Italy—CIBJO has released its Diamonds Special Report and Precious Metals Special Report in advance of its upcoming Congress in Manama, Bahrain. Both reports address key fault lines in their respective categories.

Prepared by the CIBJO Precious Metals Commission, headed by Platinum Guild International’s Huw Daniel, the Precious Metals report examines the increasing scrutiny of the gold supply chain and an overview of supply, demand, and their effect on prices in the gold, platinum, palladium and silver markets.

The focus on practices in the gold industry is coming from two different sources, the report notes. First, the mainstream media is intensifying reportage of “dirty gold” and issues around where and in what way the metal is sourced, and how it is moved through the supply chain. Second, the U.S. government has given notice to the industry that, for purposes of national security, imported goods should be labeled with all countries they have passed through on the journey to the American consumer.

Nevertheless, the market analysis predicts a favorable supply-demand balance, although the deciding factor is the investment market and/or the automotive sector, not jewelry.

Meanwhile, the diamond report, prepared by the CIBJO Diamond Commission, headed by Udi Sheintal, focuses predominantly on what it refers to as the “faultline” between mined and man-made diamonds.

“Because laboratory-grown diamonds prices were deliberately benchmarked against the price of natural diamonds at the outset, the risk exists that the consuming public will continue to associate the one with the other, even after the economics have changed,” Sheintal writes. “While natural diamonds may once have inflated the price of lab-grown stones, the price war in the lab-grown sector could have the effect of depressing the value of goods in the natural diamond sector.

“This makes the task of disconnecting the natural diamond sector and the laboratory-grown diamond sectors even more important, not only from our professional perspective, but [for] the consumer as well. The appeal of both products is different, and so are the economics. They both should be provided the opportunity to thrive in harmony alongside each other.”

In the report, Sheintal calls for the creation of agreed-to rules of engagement between the natural diamond and laboratory-grown diamond sectors in marketing their products, and warns about a readiness to pitch one as being more ethical or environmentally acceptable than the other.

“This is not only a self-destructive marketing strategy, but it is also questionable in terms of the claims being made and the data upon which they are based.” He points out that “ethical” or “environmentally friendly” refers to the conditions under which the stones are obtained, not the stones themselves.

“The onus of responsible behavior always falls upon the individuals and companies mining or synthesizing, processing, and marketing these products,” he notes. ﻿

The 2019 CIBJO Congress will open November 18 in Manama, Bahrain.

WFDB president Ernie Blom said, “The fragmented nature of the industry means that there is a dearth of information available about gem and jewelry companies. Recent frauds perpetrated by a few rotten apples have also made banks and financial institutions mistrust the industry and demand more transparency.”

As part of compliance toward anti-money-laundering, every stakeholder in the industry is required to do due diligence toward knowing their customer, supplier, or counterparty (KYC), with adequate supporting documents and regular updates, he added.

The challenge is that on average, 80% of information in any KYC is common, so if 10 member establishments are selling to the same customer and each maintains individual KYC for that customer, the customer must fill 10 forms that are 80% to 90% identical. As a diamond changes hands an estimated seven or eight times before it is finally sold to the consumer, the need is urgent for a common platform to bring about more transparency in the industry, Blom argued.

Consumers do care about what they are buying, want to be assured that their purchase is making a positive contribution, and diamond companies should be providing those assurances, but Blom acknowledged it won’t be easy.

“As 98% of all diamonds sold are below seven points, this technological revolution will not come overnight. From the midstream—which is the World Federation of Diamond Bourses with its 30,000 members worldwide—this new development comes at a difficult time.” At a moment that credit is being squeezed, profit practically non-existing, and rough and polished prices moving downward, there is little money for marketing and sustainability projects, he admitted.

But Alan Cohen, president of the London Diamond Bourse, said, “There is no miracle formula to counter the changes that are on the way. It will be a choice between jumping on the train or missing it. We must embrace the new technologies.”

“The WFDB has accepted and embraced that blockchain is here to stay, but it has to be practical and available to each and every member who wants it, not just a select few. The WFDB has decided to reach out to a shortlist of Blockchain experts to assist in the development,” Blom concluded.