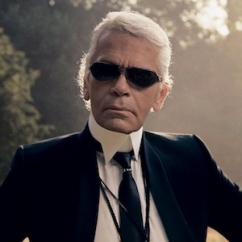 Paris, France—Karl Lagerfeld, one of the most iconic fashion designers in modern history, died Tuesday at age 85 after battling pancreatic cancer. He kept his condition under wraps, but rumors about his health swirled after he failed to take the customary bow at the end of his couture show in January. (Left, famed photographer Annie Liebowitz took this portrait of Lagerfeld for Vogue magazine.)

Born in Hamburg, Germany, the acerbic Lagerfeld was the creative director of Chanel, the famed French fashion house founded by another icon, Coco Chanel. Tapped by then-owner Alain Wertheimer to revive the moribund label in 1983, Lagerfeld reinterpreted the house’s famed tweed skirt suits, little black dresses, and quilted handbags, by using pop culture references like hip-hop, or surfer girls, or even men’s underwear to riff on what the label had come to represent: expensive suits for sedate, mature, rich ladies. Lagerfeld’s irreverent designs returned the label to celebrate the independence, freedom, and modernity Coco Chanel had embraced when she first liberated women from their stiff corsets in the 1920s—and in the process catapulted it to huge profitability. His talent, industry observers note, lay more in updating a label than inventing groundbreaking silhouettes. He also served as creative consultant to Italian fashion house Fendi, in addition to producing his own label’s designs.

Although the Chanel brand has long had fine jewelry and watches, Lagerfeld made a foray into fine jewelry under his own name with a line of bridal jewelry in collaboration with Frederick Goldman in 2016. His signature envelope-pushing edginess—such as pointed studs--was interpreted in a more delicate, timeless fashion for the line. 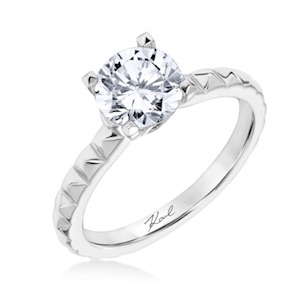 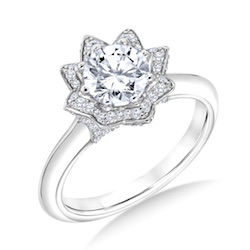 In addition to being mourned by the fashion industry worldwide, Lagerfeld is survived by his beloved Birman cat, Choupette, whom he referred to as his daughter. 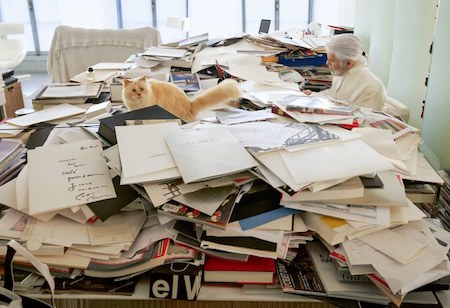 The late Karl Lagerfeld at his desk with his beloved cat Choupette. Image: Vogue

The Chinese-based WeChat mini-program allows customers to scan a circular QR code that opens automatically within their WeChat app. That brings them to the Birks home page where they can browse, shop, access promotions, search nearest store locations, or participate in exclusive Mini-program user activities from Birks. It also allows Birks to open its Canadian m-commerce sites to WeChat’s base of 1.2 billion international users.

“We are thrilled to be the first jewelry brand to launch the WeChat Mini-Program in Canada,” Jean-Christophe Bédos, president and CEO of Birks Group, told the publication. “We strive to partner with platforms that allow our customers an easy and efficient way of online shopping, allowing for a more dynamic and interactive experience.”

Austin, TX—Oh, the irony. On a day that should be upbeat for jewelers, Samuels Jewelers gave its employees pink slips instead of paper hearts and announced it will close all remaining stores within in 11 days.

A report in JCK says the 108-store chain filed for Chapter 11 in August and had already begun closing stores, but had hoped to find a buyer for its profitable locations until its secured lender, Wells Fargo, pulled the plug and exercised its option to obtain the firm’s intellectual property, business names, web addresses, and inventory.

Although the 100+-year-old chain is owned by the beleaguered Gitanjali Group—which itself was dissolved following accusations that its owner defrauded Indian banks of close to $1 billion—this isn’t Samuels’ first bankruptcy. It will, however, be its last, from the looks of things. Below, its homepage: 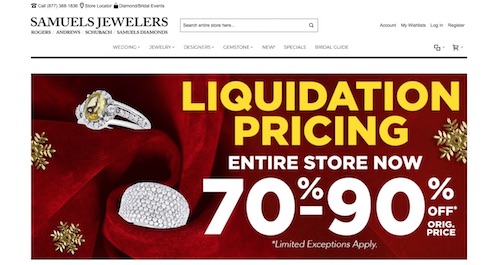 “We’re very pleased to have Ya’akov on board with us. We have known him a long time, ever since he worked with us briefly after IDEX was established almost two decades ago. He has since continued to accumulate a wealth of experience, expertise, industry knowledge and connections. We’re confident that he’ll make an excellent team member to take IDEX Online & Magazine to the next level,” said Ehud Cohen, chairman of the IDEX Group of Companies.

“It is exciting to be re-joining IDEX at this particular time,” Almor said, adding that he will seek to create more added value for all the users of IDEX products and services. 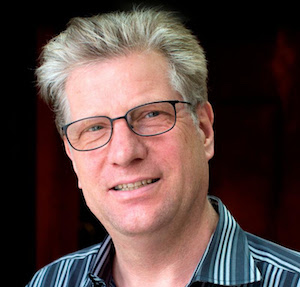 Previous article:
20 Tips To Keep A Successful Business On Track