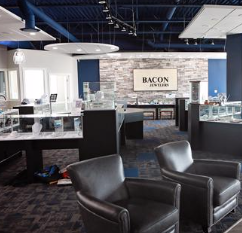 Boone, IA--The Boone News-Republican featured an article celebrating the 60th anniversary of Bacon Jewelers, a third-generation jeweler founded by Edward Bacon Jr., a former traveling diamond salesman who wanted to get off the road. The original store opened in Perry, IA, moving to Boone eight years later. Today the business is run by Bacon Jr.’s son, Ed Bacon III, and grandson, Ed Bacon IV. The younger Bacon told the paper he loves selling, just like his grandfather did.

“It’s fun helping people out and seeing the excitement when someone’s buying a piece for their wife or husband — just the pleasure it brings in finding the perfect gift for them,” he told the paper.

In the article, the two discussed the various changes they’ve experienced over time, most notably that bridal registries, once a significant portion of the business, have gone away altogether, and that engagement rings have gotten significantly larger, both in size and as a portion of sales.

“It seems like people are buying bigger diamonds. Society is a bit more affluent now. Fifty or 60 years ago, to sell a carat diamond ring would be unusual. They’d buy a quarter- or half-carat. But now, a carat is fairly common, and that’s been a positive for the business,” Bacon III told the paper. 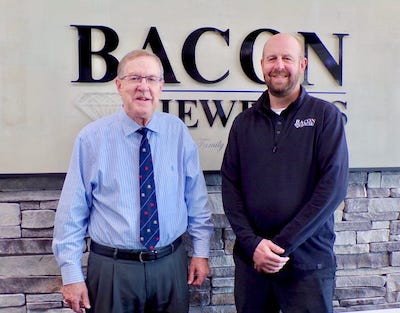