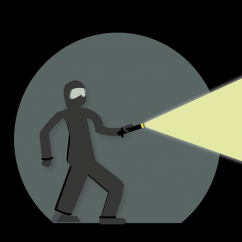 According to a local news report, officers responded to the burglar alarm at Mednikow Jewelry on Perkins Road at 2:24 a.m. on June 13. Per the report, surveillance video shows a group of suspects breaking the front glass door and wedging the door open.

The video, as per the report, revealed three vehicles parked outside. The suspects got away with jewelry items worth $25,000.

Memphis police urge anyone with information on the incident is requested to call Crime Stoppers at 901-528-CASH — potential information leading to arrest could be worth $2,000.

Previous article:
See The Retailers Who Made the ‘WatchPro Hot 100’