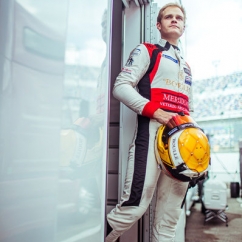 Since its inaugural running in 1966, the Rolex 24 has taken place on the Daytona International Speedway's 3.56-mile combined road course, which consists of the tri-oval as well as the infield road course. As the jewel in the crown of the IMSA WeatherTech SportsCar Championship, the historic race marks the start of the 2022 season, which features competition in five classes: the headlining Daytona Prototype International (DPi), Le Mans Prototype 2 (LMP2), Le Mans Prototype 3 (LMP2), and the new GTD PRO class. This year, a full entry list of 60 cars, including 25 entries coming from the prototype ranks and 35 from the GT paddock will compete.

"I'm really looking forward to racing in this year's Rolex 24 At Daytona," Boulle said. "I've been fortunate to run at Daytona several times now and I think it's one of the most challenging races mentally. There are more difficult tracks out there, but at Daytona, there are so few places to rest as a driver."

Boulle brings years of experience on the world's greatest endurance racecourses including Le Mans, Spa-Francorchamps and Daytona. This will be the sixth time Boulle has competed in this race. His greatest notoriety may be when he became the first certified Rolex retailer to win the Rolex 24 At Daytona in the LMPC class with Performance Tech Motorsports in 2017. In addition, Boulle has previously secured several podium placements. This is the second time Boulle has raced with Wilson and the first with Ferriol and Legge. The team will compete in the GT Daytona (GTD) class.

"We have a strong team and a superior car," said Boulle. "I've been racing the Porsche 911 GT3 R for years, and it is meant to rise to all challenges on the track."

"Nick and I are cut from the same cloth," said Ferriol. "Focus, determination, and perseverance will help us in fighting for that podium finish." 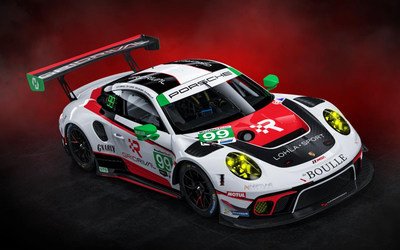 The Rolex 24 At Daytona will take the green flag on Saturday, January 29 at 1:40 pm EST. The race will be broadcast on a mixture of NBC broadcast and streaming properties.

A week before the main event, a 100-minute qualifying race known as the Motul Pole Award 100 will set the grid for the main 24-hour race that starts on January 29th. The annual Roar Before the 24 takes place January 21-23.