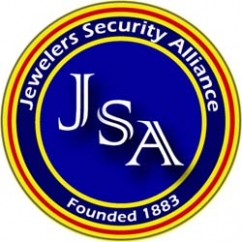 Beverly Hills, CA--According to the Jewelers Security Alliance (JSA), a jeweler was violently robbed here on March 4 while showing high-end watches to a customer at a restaurant table.

The JSA report said, "three armed suspects grabbed the jeweler from the back, choked him and put a gun to his head. There was a struggle, and a high end Richard Mille rose gold RM 11-03 Flyback Chronograph watch was taken from his wrist. During the struggle, a suspect's gun fired, and a female diner at the restaurant was shot.

1. Do not conduct jewelry business in a public place.

2. Do not resist in an armed robbery.

Robberies involving the taking of watches off the wrists of jewelers have now been reported in the New York area and Los Angeles. Law enforcement has arrested two suspects for similar crimes in the NY area who are now being prosecuted federally in the Southern District of New York.