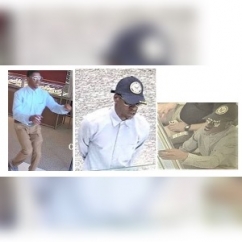 New York, NY--The Jewelers' Security Alliance (JSA) is offering a reward of $2,500 for any information leading to the arrest of a suspect in multiple grab-and-run incidents in Texas.

In a member's-exclusive email, JSA shared pictures of the suspect, who's said to be involved in multiple robbery incidents during the past two weeks. The grab and run incidents were reported between August 1 to August 15 in Dallas, Austin, and San Antonio.

The suspect is known to work with other individuals, including a larger male and four female suspects, noted JSA.

Anyone with information on the incident can contact JSA at 212-687-0328 or jsa2@jewelerssecurity.org. Any input leading to the arrest will be kept confidential.

Previous article:
Some of the Elements in Jewelry Interior Design

Next article:
Pre-Owned Rolex Timepieces For Sale At Bremer Jewelry