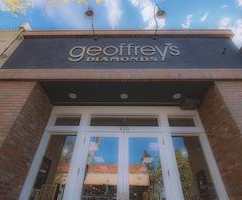 Campbell, CA—Not once, or twice, or even three times. Aaron Peleg, owner of Geoffrey’s Diamonds in Campbell, CA, has been hit four times by a smash-and-grab gang.

In the latest theft, a gang of three kicked in a window to get into the store roughly around 3 a.m., then promptly removed covers from showcases, smashed the tempered glass, and cleared out a half-million dollars’ worth of goods, all while the alarm was going off.

Peleg told KPIX-TV the thieves get bolder every time. Campbell police captain Ian White, meanwhile, said the department is frustrated as well, but holding crime suspects has been a challenge during the pandemic so more had to be released without bail. The result has been higher repeat offenses.

Neither KPIX’s report nor one on NBC Bay Area mentioned whether the jeweler had additional merchandise locked up in any safes. 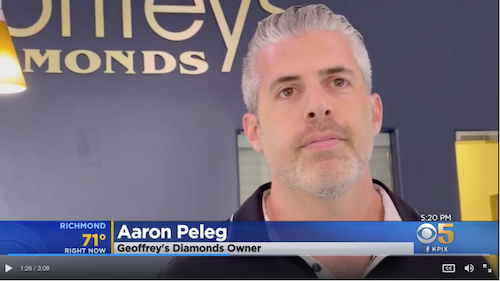 The Jewelers Security Alliance, meanwhile, is very clear about leaving jewelry in showcases when the store is closed. In a word, don’t. Says JSA: