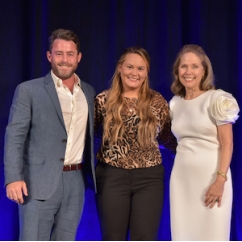 Las Vegas, NV—Jewelers for Children held its Facets of Hope dinner on Sunday August 29, in Las Vegas at the Venetian Resort.  This year marked a return for the normally annual event, which was cancelled in 2020 due to the pandemic. Image: Presenters Jake Glaser, Idelia Robinson-Confer and Debra Puzio

“The past two years have certainly presented challenges to all of us in the industry,” said Debra Puzio, JFC board chair. Having so many of our dedicated donors step up, both in 2020 with no event being held and this year with uncertainties still ahead, it’s been so gratifying to see the results of their support.”

The evening began with the traditional a cocktail reception, followed by dinner and the program. During the program, the organization recognized Virginia Drosos of Signet Jewelers, Ltd., and Mercedes Abramo of Cartier. Guests also heard from Jake Glaser, son of Elizabeth Glaser, founder of the Elizabeth Glaser Pediatric AIDS Foundation, one of the charity’s partners, and Idelia Robins-Confer, representing the National CASA/GAL Foundation, another partner.

JFC donations this year will include:

Also announced was a commitment of $75,000 to Make-A-Wish International for wish granting in India, and $10,000 to the Santa-America Fund, and $50,000 to the Organization for Autism Research. 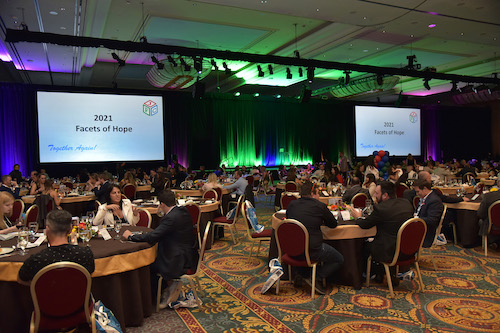 Next article:
Wishing Our Jewish Friends A Happy New Year!