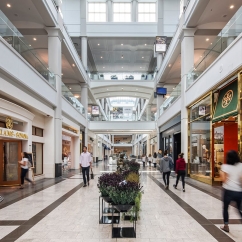 White Plains, NY--Judith Ripka Fine Jewelry is demanding $1.7 million from The Westchester shopping mall, alleging it to be a "breeding ground for lawlessness," according to a news report.

Ripka, per the report, demands the money as it accuses the shopping mall of failing to provide a "peaceable and quiet enjoyment" of the premises, stating that it was unable to hire sufficient security staff and install more security cameras to prevent robberies.

In the report, Megan Hakes, the mall's spokesperson, said that the "frivolous" lawsuit was a "thinly-veiled attempt by Judith Ripka to get out of their release." Hakes added that the mall was an extremely safe environment for shoppers with "state-of-the-art security systems, processes, and procedures."

The Westchester houses other brands like Neiman Marcus, Tiffany & Co., and Gucci. Regardless of its profile and reputation, the mall, per the report, could not prevent a series of robberies — at least nine — between June 2021 and March 2022.

The mall, per the complaint, was well aware of the problems. A security bulletin was issued, and a tenant safety committee was made. The local police chief and a security firm official met with the tenants, and the district attorney pledged to prosecute cases referred by the police.

Despite these attempts, Ripka, per the report, alleges that the shopping center “failed to minimize the foreseeable likelihood of further robberies and lawlessness … and failed to provide adequate security personnel and security cameras.” Ripka closed the retail outlet on March 2.

Read more on this lawsuit in the original news report.

Next article:
Hearts On Fire Launches the Aerial Collection