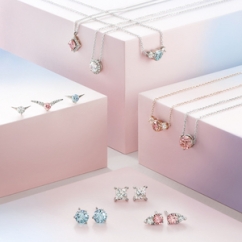 At a special seminar during the JCK Show, Lightbox’s Steven Coe and Sally Morrison sought to reassure the industry on the brand’s progress in the market. Left: a selection of Lightbox jewelry.

“The fingerprint of a lab-grown diamond on the atomic level is different [from natural] and at the subatomic level there are more differences. It’s always possible to tell them apart with the right equipment,” reassured CEO Coe.

Lab-grown technology also allows a greater degree of freedom in jewelry design, as stones can be grown in colors beyond white. (Lightbox offers pale pink and pale blue; other firms offer a variety of other colors.) But the technology also leads to efficiencies in cutting, says Coe, as similar stones open up the possibility of automating the cutting process.

“We no longer have to do the same level of analysis [as with natural diamonds] for cutting and polishing. The technology of lab-grown diamonds can take the costs of cutting down to levels impossible with natural stones.”

Main lab-grown market trends are more color, a shift to larger sizes and higher quality stones, an increase in the supply of LGD’s coming from China, and a decrease in pricing—all of which Rapaport later used to support his dire warning of a diamond armageddon.

The key issue remains disclosure. The entire industry agrees it’s vital that consumers not be misled, says Coe, emphasizing that Lightbox, at least, has gone out of its way to communicate clearly that these are lab-grown diamonds. The brand uses a laser-engraved mark inside the diamond that he called robustly tamper-proof, as getting rid of it also gets rid of much of the stone. It’s visible with a 10x jeweler’s loupe and goes on all product over 0.2 carats.

Lightbox jewelry is not graded. “It’s a manufactured product. If you get the same high consistent quality, there’s no need to grade them. You don’t expect BMW or Mercedes to grade each car against every other car that came off its assembly line; you assume all are the same quality and fit to drive,” he pointed out.

Disclosing that a stone is lab-grown is essential—but disclosing additional treatment after growth isn’t, argues Coe. “It’s a manufactured product anyway, so it doesn’t matter how many stages are in the manufacturing process. If it takes two steps or 10 to get to the end result, that’s just part of manufacturing,” he said, adding a subtle dig at other manufacturers. “Lightbox doesn’t need additional treatment and I don’t see why they can’t grow not to need it either.”

Lightbox, of course, caused major disruption with a transparent pricing structure based on $800/carat, but Coe feels there’s a pretty straightforward linear formula to growing and pricing diamonds and it shouldn’t be an issue. 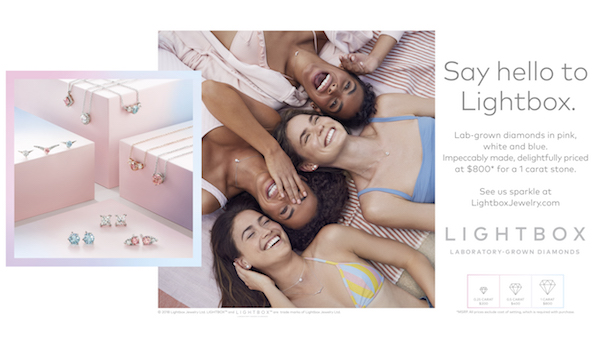 “It’s based on the economics of manufacturing. When you mine natural diamonds you have to take what nature gives. Larger stones are more rare so they have much larger value: it’s an exponential curve. But manufacturing is linear. If you set the factory to make all half carat stones, you get all half-carat stones.”

To be fair, he said, it is more expensive to make one carat than 1/2 carat, because it’s a larger substrate and you have to run the reactors for three weeks instead of two—but it’s only roughly twice the cost.

Kondo showed a video of some of the participants, which included such statements as:

But more importantly, said Kondo, 44% of consumers with interest in jewelry had never heard of any lab-grown brand—and more than one third (37%) incorrectly think lab-grown diamonds are a simulant.

Her team went mystery shopping for lab-grown diamonds and the results were sobering. “There’s lots of misinformation. They’ve been told they’re moissanite, CZ, white sapphires, other simulants—and this is from sales associates!”

The trade is very polarized in its opinions, said Kondo. But consumers either don’t care or they’re happy to have extra choice, and the industry has to come to terms with that, she said.

Morrison says the brand is going to be looking for ways to be more reflective and responsive to consumer interest, including consumer influencers to advocate for the brand and ways to communicate with consumers even when they’re not shopping.

She also outlined plans for a new renewable energy plant coming online in 2020 that will produce 200,000 carats per year with low-cost renewable energy, and discussed plans to work with retailers.

“Lab-grown diamonds are here and here to stay,” she finished.

Lab-grown gets a bad Rap. Not if Martin Rapaport has anything to say about it, however. In his annual Las Vegas Sunday breakfast address, he went on the warpath against lab-grown diamonds, especially for engagement rings. 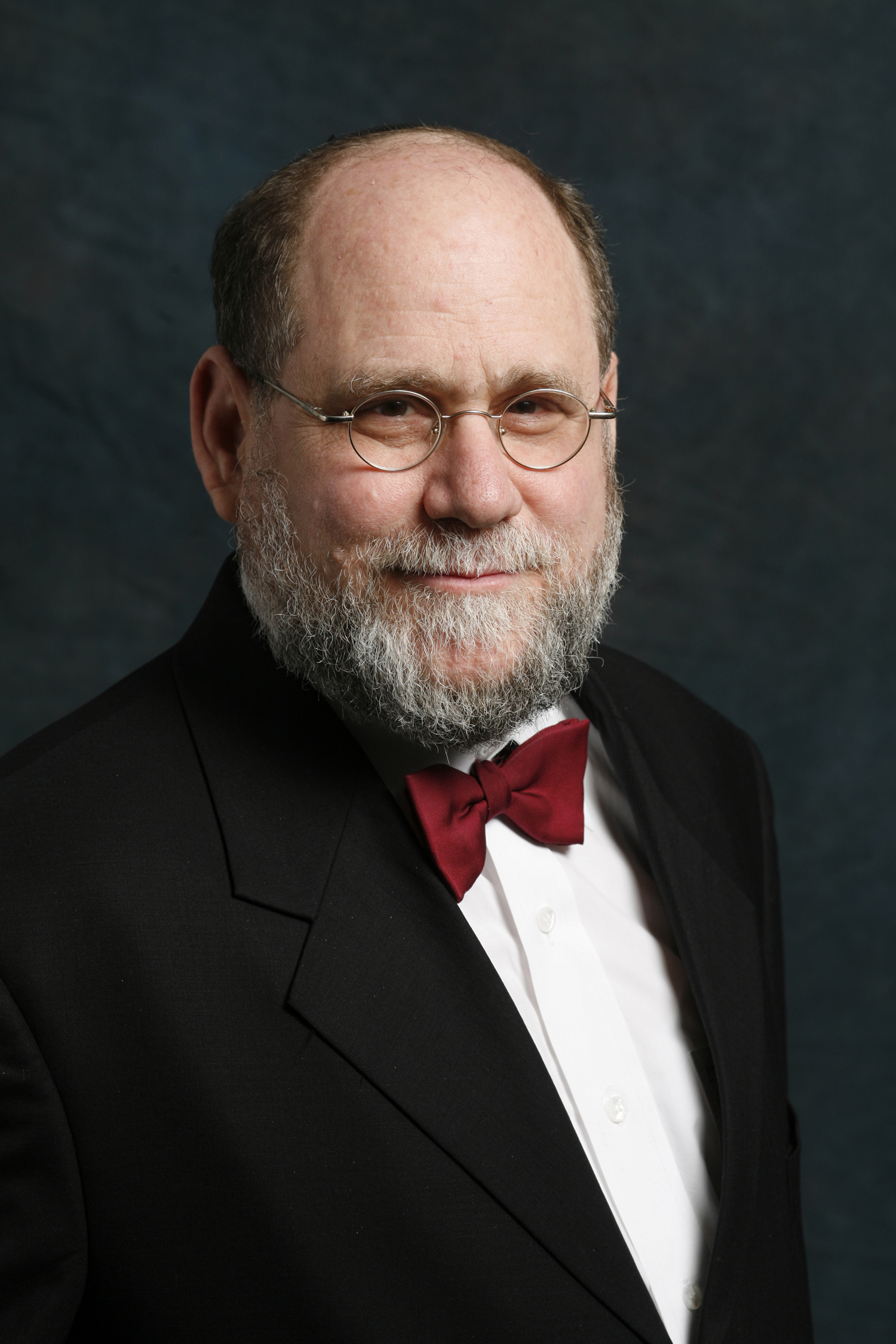 “They’re hijacking the ‘diamond dream!’” he shouted with his trademark fervor. “It’s not ethical to create markets for products that will hurt consumers and millions of people in the natural diamond trade!” To that end, his company will provide neither a trading platform nor its famed price list for lab-grown diamonds, as 79% of his group’s members voted against listing them.

The value proposition of lab-grown diamonds is very poor, he said, grimly predicting prices to fall to levels that will destroy consumer confidence in all diamonds, including naturals. Consumers will be shocked by how much the value of their lab-grown engagement ring falls, and they won’t ever want to buy any more diamonds of any kind, he warned.

“There’s no such thing as a synthetic diamond dream!” he barked. The industry needs to emphasize to consumers that a symbol of lasting value and commitment is not something to get a so-called better deal on, he said.

“What are we selling? Sparkle or value?” he asked.

Unfortunately, the natural diamond industry is stuck between the proverbial rock and hard place, because values of commercial sizes and grades of natural diamonds also have been declining. One-carat polished prices dropped almost half from a peak of $12,000 in September 2011 to roughly $6700-$6800 in February 2018, and the industry is approaching a point where there’s insufficient liquidity to support the flow of diamonds through the supply chain at all, let alone a sustainable supply chain. Profitability has now gone beyond the ability of the mining companies to fix; it’s a demand issue, Rapaport said. 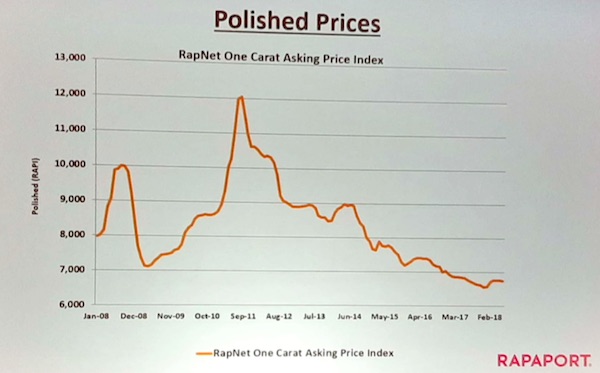 Above: Martin Rapaport showed this slide of polished prices over a 10-year period from 2008 to 2018. Below, another slide showed the prices for better qualities also are slipping. 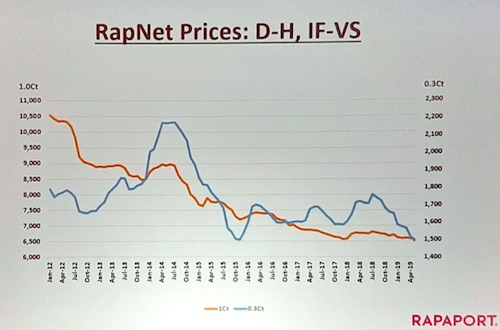 Millennials—now approaching age 40—are going to be an entire generation lost, he said, if the industry doesn’t step up its game and fast. They’re in prime marrying age, even anniversary-giving age. Price-conscious consumers who only see numbers need to understand the real value of natural diamonds—their rarity—while ethical and environmentally conscious consumers are swayed by the narrative, often false, that the lab-grown industry has seized as being the better option for both topics.

Synthetics, he said, are a wake-up call that the industry has a hole in its boat, and called for more concerted marketing efforts and better ethical standards from the natural diamond industry. He's not the only one concerned: diamond industry analyst Edahn Golan's post-show take on the diamond industry's presence in Las Vegas was pretty grim.

“For lab-grown, they don’t want to spend more than $1,000, and most want to only spend a few hundred. But for natural diamonds, they’ll spend more than $2,000. There’s a comfort level with their investment value and rarity,” Morrison said, somehow simultaneously both validating and debunking Rapaport’s arguments.

Next article:
Crisis PR: Be Prepared!