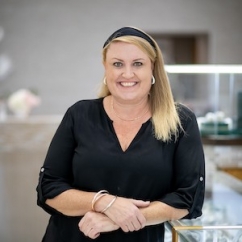 Rochester, MN—Lasker Jewelers is set to add a second outpost in the Rochester, MN area. The jeweler, which is based in Eau Claire, WI, entered the Rochester market in 1973. The new store, slated to open in mid-November, will occupy a former cookware shop and abut a Trader Joe’s grocery store in the Apache Shoppes, a strip center adjacent to the Apache Mall in Rochester.

Lasker president Nicole Lasker (image) told the Rochester Post-Bulletin the second store will give her business more flexibility and the opportunity to reach new customers.

"We are going to remain downtown, but the issues we've had over the past few years in downtown made us realize that we also needed to be outside of downtown," she said in the article.

Lasker Jewelers was founded in 1928 by Max Lasker, a Polish immigrant who entered the United States through Ellis Island in New York City. He fought in World War I and earned his US citizenship. He then moved to Eau Claire, WI, opening Lasker Jewelers just a year before 1929 stock market crash that sparked the Great Depression. Despite the times, Lasker was able to build a successful business.

According to company history, Max Lasker always said his favorite part of owning a business was creating relationships and helping people celebrate the milestones in their lives. Max’s wife, Millie, never worked in the business but volunteered at the Red Cross, Luther hospital, and many other organizations. She always said her job was to make other people’s lives better. This commitment to making her community a better place is deeply instilled in the Lasker culture.

When Max Lasker died suddenly in 1963 his son, Charles Lasker, left college and took over the store. In 1973, Charles saw a great opportunity when the Blickle family wanted to sell their jewelry store, which they had founded in 1884 in Rochester, MN. The store was located across from the world-famous Mayo Clinic medical center in downtown Rochester. Charles initially renamed that store Lasker-Blickle Jewelers, but today it is also called Lasker Jewelers like the Eau Claire store.

Charles’s daughter Nicole joined the business in 1998, and her sister, Liz Lasker Falkner, joined the staff in 2006, holding the title of vice president. Charles passed away in 2016, and today the business is owned by the two sisters. 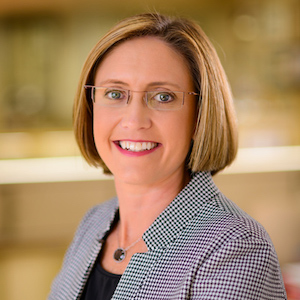 An authorized Rolex dealer, Lasker carries such brands as Alex Sepkus, Forevermark, Frederic Sage, Martin Flyer, and much more. The new store, which will have about 12 staff members currently being hired, also will have a slightly different vibe and some different product than the other stores, Nicole Lasker told the Post-Bulletin.

"We're not trying to confuse people too much, but we are going to have different things at different stores. It will really be focused on current diamond jewelry styles and engagement rings," she said in the article.

Previous article:
How To Use Social Media To Drive Sales To Your Jewelry Business

Next article:
JFC Offers ‘Hope for the Holidays’ Cards