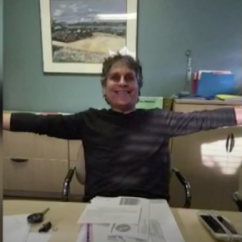 Virginia Beach, VA—Boyer’s Diamonds in Virginia Beach, VA is closing its doors following the death of owner David Cohen (image), who succumbed to COVID-19 at the age of 64. The jeweler’s Williamsburg, VA location will remain open. Cohen’s son Gal was interviewed by WVEC-TV 13 about the Virginia Beach store closing.

Cohen immigrated from Israel in 1991, where he began his career as a diamond cutter before becoming a wholesale diamond dealer. In the United States, Boyer’s Diamonds & Source became one of his regular customers, so when the store’s founders, J. Hardin and Meredith Boyer, were ready to retire in 2011, they sold the business to their trusted friend Cohen.

Deaths from COVID-19 are not just statistics, they’re people with lives and families who love them, Gal Cohen told 13 News Now. Cohen was both a devout family man and beloved in the community, where he had the nickname “King David.”

Cohen is survived by his wife, two sons, and a daughter. Click here to watch the newscast tribute.