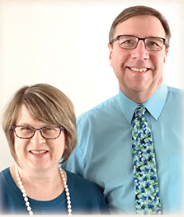 Tecumseh, MI—Hacker Jewelers Designers And Goldsmiths is closing its doors for good, possibly as soon as the end of November. Image: Jewelers Daniel and Barb Hacker.

Owners Daniel and Barb Hacker told MLive.com that it’s just time to retire. The couple, age 60 and 59, respectively, are second-generation owners of the business, which was started by Daniel’s father. But their only son is a teacher and not interested in taking over the 64-year-old business near Ann Arbor, and so far they’ve been unsuccessful in finding someone to sell it to, but discussions with potential buyers are ongoing, he told the paper.

Hacker has been honored for his design skills, having won the Michigan Jewelers Association design contests on several occasions—including competing against much larger retailers.

Like many independent retailers closing up shop, the Hackers are going out on top, on their own terms. “This has nothing at all to do with (the coronavirus) or lack of business. It’s been a good run. We’re hoping that we get some good years of health in retiring,” Daniel Hacker told the paper. 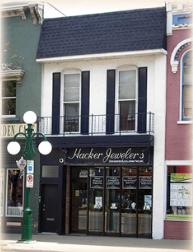