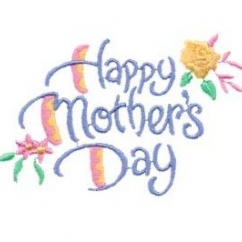 Merrick, NY—Mother’s Day 2011 was good across the board for jewelry stores, according to trade reports, but it was even better for prestige jewelers. In a spot check of upscale jewelers across the country, The Centurion finds Mother’s Day business tracking at about twice the national average, if not higher.

According to reports in both National Jeweler and JCK, the typical Mother’s Day ticket in the general population of jewelry stores ranged around $500 or below. But for prestige jewelers, the typical sale was between $1,000 and $2,000--or higher, according to The Centurion’s research.

For midmarket jewelers, Mother’s Day was largely a silver and bead holiday, but for upscale jewelers it was more of a designer holiday. Luxury watches, diamonds, and even estate jewelry also made a strong showing at the prestige level.

“We blew the roof off,” said Mike Wilson of Wilson & Son Jewelers, with stores in Scarsdale and Mount Kisco, NY. Average price point was higher than last year, with strong sales across the board in all categories, he added.

Mike Lamiaux, manager of Calhoun Jewelers in Royersford, PA, said, “We sold a lot of antique pieces. It was really neat.” In terms of pieces, while earrings are always popular, necklaces and bracelets were more so this year.

Daniel Gordon of Samuel Gordon Jewelers in Oklahoma City, OK, says that while gasoline prices may cause pain at the pump, they’re a huge boon to his area, which is heavy on oil and energy-based industry. April was a turning point, he said, where business returned to pre-recession levels and it’s continued through May.

“I don’t remember Mother’s Day being a big deal last year, but this year, Saturday was huge. We haven’t done the analytics yet, but I’m sure it’s double-digit increases [over last year.]” It’s once again fun to be in business, he said.

Oklahoma City has pockets of elite wealth stemming from the energy industry, he said. While increases and decreases of gasoline prices do affect the local economy, overall it was affected less severely by the recession than other parts of the country. Typical Mother’s Day sales in his store this year even doubled the prestige average, ranging from about $3,500 to $7,000. By comparison, last year his customers were far more frugal, spending only between $1,000 and $1,500 for Mother’s Day.

His best-selling products were either upgrades to bridal jewelry or lots of fashion, both designer and non-designer. His store also sold a lot of baby gifts--even for moms-to-be.

“We had one customer drive from Wichita Falls to upgrade his wife’s engagement ring, and that was almost a six-figure sale,” he said.

Despite the variance in spending, one thing that doesn’t change from mass to prestige is procrastination. Mother’s Day is a one- or two-day holiday, say jewelers. Everyone at Wilson & Son went home exhausted Saturday night, said Mike Wilson.

“It’s a lot of men buying and we forget,” added Lamiaux. “We’re really good at remembering the day of,” he laughed.