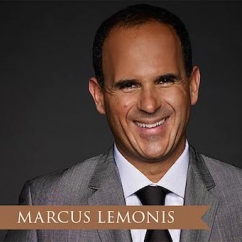 Scottsdale, AZ—Marcus Lemonis, billionaire business turnaround expert and star of CNBC’s The Profit, opened Centurion Scottsdale on Sunday with a rousing session dedicated as much to family business succession planning as to actual revenues.

Lemonis began his session by reviewing his formula for success for small businesses: principal, people, process, and profit.

“Stay focused, work hard, and know your numbers,” he emphasized.

He opened by telling a bit of his own history as an orphan adopted from Lebanon, who struggled with weight issues, bullying in school, and sexual abuse trauma from a family member. But despite these emotional challenges, in college he found his special skill was connecting people.

“The key to business isn’t to be the smartest or the best. It’s about being able to connect with you and want to do business with you,” he said.

He called on some audience members to share something personal. He then asked two jewelers, Ron Panowicz, owner of Panowicz Jewelers in Olympia, WA, and Ronda Daily, owner of Bremer Jewelers in Peoria, IL, what they feared most.

“What am I going to do with myself if I retire?” she responded. But then Lemonis probed deeper: “if something happened to you, what would happen to your business?

Daily said she felt confident the business would survive because she has strong management in place, but she is still working on a concrete transition plan that would put her daughter, Ashley, in charge. She acknowledged she hadn’t been as proactive as she should be to ensure this plan is documented and written down.

Lemonis asked Panowicz and his wife, Linda, what would happen to their business if their daughter, Lesley, suddenly had to take over. Ron Panowicz wasn’t as confident as Daily that his daughter was ready to lead, and there was some debate between husband and wife about whether they were adequately preparing her to lead.

But who is more responsible for ensuring a successful transition to the next generation of ownership, the parent or the child? Lemonis posed this question to the room filled with multi-generational famiy business owners.

Both Ashley Daily and Lesley Panowicz, as the incoming generation, felt the responsibility was largely theirs—but Lemonis disagreed, saying that it’s good for a parent to be a bit tough on a next-generation child coming into the business.

“Don’t be demeaning but if you are tough and demanding, the team will rally around your child,” he said.

Why is this good? For two reasons: one, the nonfamily employees don’t feel like the kid is getting special treatment for being family, and two, when they rally around the child, they’re supporting the person who will one day be their leader, setting the stage for good future dynamics.

Those are really hard conversations to have, acknowledged Lemonis. But in both jewelers’ cases, he demonstrated why these conversations are necessary, and the sooner the better.