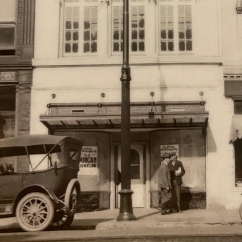 According to a report, Brooke Longheir is returning to the store to rebuild the brand after experimenting with art businesses.

"I feel young and refreshed," said Longheier, as per the report. "I'm getting things back to a little more of what it used to be."

Longheier, who's been the store owner for a few years now, succeeded her father, who died of a heart attack in October 2019. The business had originally started in 1897 and turned out to be one of the oldest running businesses in the city.

Longheir, per the report, took the decision to liquidate much of the store's jewelry to keep the business afloat. But it didn't prove to be of much help. The pandemic didn't help either.

However, the two sisters are now looking forward to a phase of rebuilding. "It's been a rough three years. But we're on the rebound," Longheier said in the report.

The community believes in the store's success. "Getting to 125 years is awesome. Hopefully, they're around for another 125," David Maley, Massillon's economic development director, said in the report.