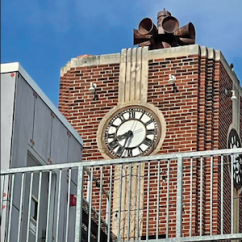 Fenton, MI—Medawar Jewelers, a five-store retailer in Michigan, has been commissioned to repair a landmark clock in the town of Fenton.

Tri-County Times.com reports that the clock in question is in the tower at the old Fenton City fire station, now a restaurant. Jeweler Ronny Medawar, an expert in building, servicing, and repairing clocks, had reached out to the restaurant’s owners some time ago, but at that point they were too busy to address the clock, he told the paper. Recently, however, they reconnected and Union Joints, the restaurant group, commissioned Medawar to repair the clock, which was built by Seth Thomas and has been in the firehouse building since 1938.

Medawar, whose family has been watch- and clockmakers since 1920, told the paper it won’t be an easy job to fix the clock. He and the restaurant group took multiple photos of the inner workings of the clock so that he can begin to fabricate new movements where necessary, though he plans to keep the original movements intact wherever possible. That includes the hands and the back-lighting behind the clock, both of which are iconic to the design. What will change, however, is the bell—it’s extremely loud, as it needed to be in the days before radios and telephones. Medawar plans to install a digital chime instead. 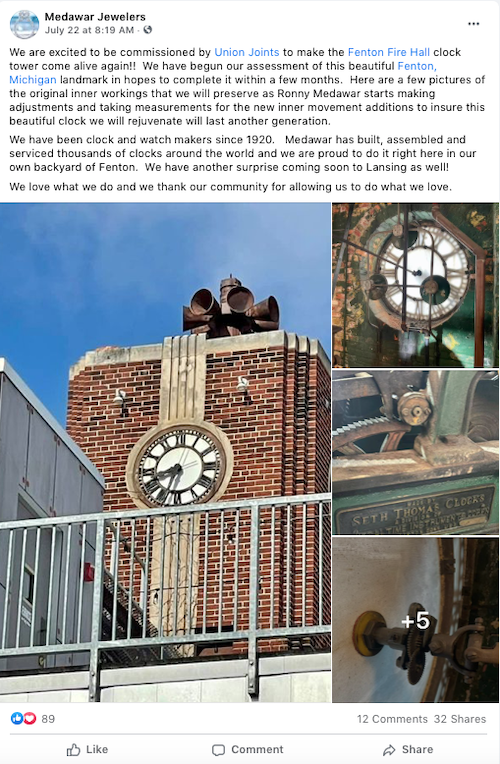 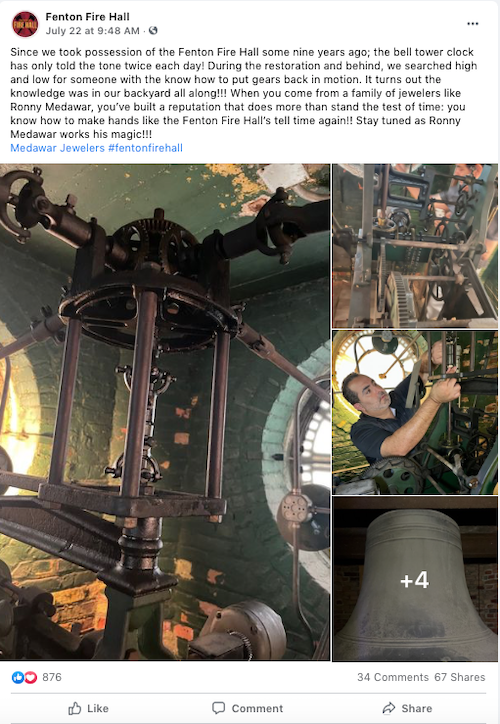 Next article:
JSA: Robberies Caught on Surveillance: Washington and Idaho