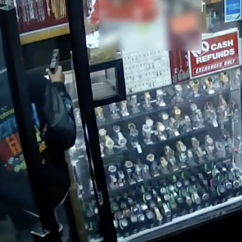 According to a local news report, the surveillance video of the 3rd Avenue shows a thief taking out a gun and getting away with thousands of dollars worth of merchandise from a jewelry store.

The owner of EH Jewelry, Eli Harari, feels that it might just be time to shut the store even though it's his livelihood. Harari told the outlet that this was the first time he had been robbed in 15 years.

Per the report, the police stated that the suspect entered the store around 6:30 pm. He expressed interest in buying a 14-karat chain for his girlfriend. He, however, presented the employee with a card with no money. This is when the suspect threatened the employee and demanded that he hand over the jewelry.

Within seconds of knowing where the jewelry was, the suspect stole jewelry worth around $8,000. He also took $1,000 from the cash register.

"Maybe I've got to close this business because it's dangerous," an upset Harari told the outlet. "This is all that I have in my life. If they take everything, I will be homeless, so I don't want to be like that."

Nobody was hurt in the incident.

Read more on the incident and watch the surveillance footage in the original news report.

Previous article:
Megan Crabtree: The Top 3 Reasons You Should Be Active on LinkedIn