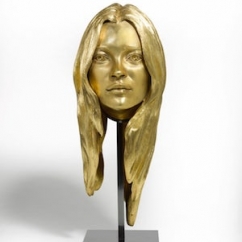 Craving A Gold Ferrari? Sotheby’s Has One For Sale

London, UK—Sotheby’s London office on Wednesday hosted the world’s first auction dedicated entirely to art and objects made of gold. The “Midas Touch” auction features such lots as a gold Ferrari automobile (below), an 18k gold bust of supermodel Kate Moss (left), and a ceremonial fauteuil built for Napoleon’s “Throne Room” at the Palais de Tuileries. Also on offer are golden works of art, ancient texts, religious objects, and rare gold jewelry.

Sotheby’s London senior director Constantine Frangos told CNN the auction reflects the timelessness of gold, but the event also has drawn sharp criticism from art historians and academics, who say it’s a reflection of the widening global gap between haves and have-nots, and underscores gold’s ability to inspire both rapacious desire and extreme resentment. 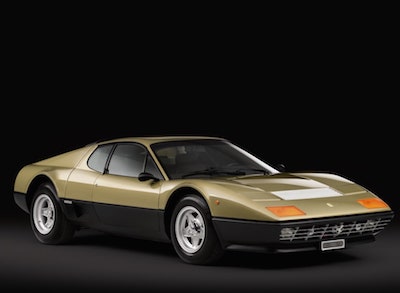 U.S. retail sales edged up 0.1% in September, more than half a percentage point off the 0.7% increase economists were expecting. But year-on-year, September sales increased 4.7% over 2017, and so-called core retail sales (ex-auto, gas, food services and building materials) rose 0.5% last month after remaining unchanged in August.

Overall, economists viewed the retail report in a positive light: auto sales increased 0.8% but gas station sales dropped 0.8%. Clothing sales edged up 0.5% and furniture sales 1.1%. But spending at restaurants and bars dropped 1.8%, the most in nearly two years.

The Dow Jones Industrial Average dropped 5.3% between Monday and Thursday of last week, sparking jitters in the investment community before recovering slightly (1.15%) on Friday. By Tuesday, however, it had regained about half of last week’s losses and gold nudged up another dollar to $1,235.

Although the recent uptick in gold is still well below the April peak for this year, geopolitical factors such as the U.S.-China trade dispute, slow resolution to Brexit, and more, also may drive more investors to safe havens like gold.

“Buoyed by the windfall of the tax reform, the U.S. economy has continued to strengthen,“ says Neil Meader, research and consultancy manager in Metals Focus’s London office. “This fortified the already bullish sentiment towards U.S. equities, discouraging interest in defensive assets like precious metals.”

But the consultancy forecasts that conditions will slowly turn more positive for gold price hikes progressing into 2019. Tax reform has led to faster-than-expected increases in U.S. government debt from already high levels which, coupled with concerns about the scale of debt elsewhere in the world (such as China), should support gold.

Gold jewelry fabrication is projected to grow for the third consecutive year in 2019, although those gains will be partly offset by lower industrial demand and other factors, resulting in the structural surplus in the gold market being forecast to remain unchanged.

Platinum is forecast to remain in surplus, supporting its already-low price. Prices may increase slightly as gold does but investors don’t anticipate much of an increase. Silver, already underperforming, may improve slightly as trade tensions impact non-precious industrial metals.