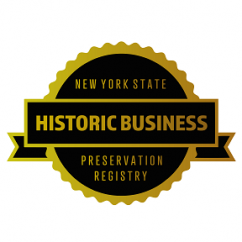 According to a news report, Assemblywoman Carrie Woerner presented the certificate marking the recognition to the store's owner, Harvey Fox.

The newly-formed registry is a part of the New York State Office of Parks, Recreation, and Historic Preservation program. It honors businesses that have been around for at least 50 years and have contributed to the local community's history. The program's website also notes that it offers "educational and promotional assistance to ensure their continued viability and success."

The report states that N. Fox Jewelers, located on Broadway in downtown Saratoga Springs, was established by Norman Fox in the 1940s. It then sold various items, including small appliances, photography equipment, vinyl records, and custom jewelry. He ran the store with his wife, Eva,

Harvey purchased the business from his father in 1978, notes the report. Since then, it has only been selling high-end jewelry.

Woener nominated the store for its history of engaging with the community, thanks to its founder's efforts.

“You, your family have such a history of engagement in making this city and this community what it is today,” Woerner told Harvey, as per the report.

“I’m looking forward to seeing this grow as an initiative,” Woerner added, “to really recognize the businesses and business owners who have invested so much.

Next article:
Desire Over Talent: Retiring Jacksonville Jeweler Has Some Choice Advice for Retailers