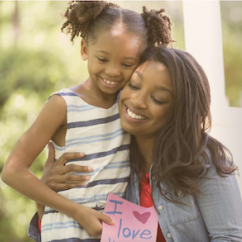 “While there is a great deal of uncertainty about how fast and far this economy will grow in 2021, surveys show an increase in individuals being vaccinated, more willingness to receive a vaccination, increased spending intentions and comfort with resuming pre-pandemic behaviors like shopping, travel and family gatherings,” Kleinhenz said. “This feel-better situation will likely translate into higher levels of household spending, especially around upcoming holidays like the Fourth of July and spending associated with back-to-work and back-to-school. The consumer is nearly always the key driver in the economy, and with the consumer in good financial health, a sharp demand is expected to unfold over the coming months."

Kleinhenz’s remarks came in the May issue of NRF’s Monthly Economic Review, which said NRF expects the economy to grow 6.6 percent this year, the highest level since 7.2 percent in 1984. The report said the latest edition of the Federal Reserve’s Beige Book “affirms what the economic data has been signaling: U.S. growth is beginning to accelerate.” The Fed assessment and other data show unemployment benefits, government stimulus checks, and tax refunds have provided a substantial increase in personal income and purchasing power. Consumers are “sitting on a stockpile of cash” that could become “a spring-loaded spending mechanism,” Kleinhenz said.

Among other favorable indicators, the $2.4 trillion saved by households during February alone was approximately twice the average monthly savings during pre-pandemic 2019 and comes on top of savings accumulated over the past year as consumers stayed home rather than dining out, traveling or attending sports and entertainment events. In addition, use of consumer credit is up, with outstanding credit surging in February to its highest level since late 2017. The increase in borrowing “highlights a consumer who is growing more confident as the economy accelerates, job growth picks up and more states lift burdensome restrictions,” Kleinhenz said.

But he cautioned that 2020’s “outsize swings” in economic data caused by the pandemic, hurricanes, wildfires and other events will make year-over-year comparisons difficult during 2021. Federal agencies have “tried their best with the information available” to make seasonal adjustments account for the swings, he said.

NRF’s calculation of retail sales—which excludes automobile dealers, gasoline stations and restaurants to focus on core retail—is based on data from the Census Bureau, which released its annual revision of retail sales going back to 2013 last week. NRF has revised its numbers accordingly, and now shows 2020 retail sales of $4.02 trillion rather than the $4.06 trillion originally reported. But 2020 grew 6.9% over 2019, rather than 6.7% because 2019 was revised down to $3.76 trillion from $3.81 trillion.

NRF also predicted a record spend on jewelry for Mother’s Day this year. As jewelers know, 2020 proved to be a stellar year for jewelry as unspent travel and entertainment dollars were shifted into the fine jewelry category. 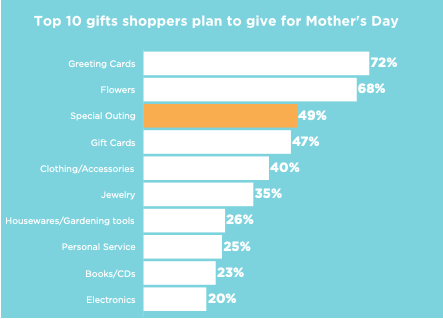 More than one-third (35%) of shoppers plan to give jewelry for Mothers' Day this year. Chart: NRF

Mother’s Day spending in total is expected to total a record $28.1 billion this year, up $1.4 billion from 2020. This year consumers plan to spend an average of $220.48 on Mother’s Day items, the highest in the survey's history. Record spending on gifts of jewelry and electronics are the primary drivers of the increase. Jewelry accounts for over half (59 percent) of the $1.4 billion increase in spending while electronics accounts for over one-quarter (28 percent). Nearly half of respondents also indicated they’re planning to treat Mom to an outing, such as a brunch. While this is up from last year when much of the country was still in lockdown, it’s far from pre-pandemic levels.

Consumers ages 25-34 are also contributing to the increase in Mother's Day spending, says NRF. These shoppers plan to spend $367.08 on average, or $99 more than last year. These shoppers are also the most likely to be planning gifts of higher dollar items like jewelry or electronics. In addition to buying gifts for their own moms, these shoppers are more likely to be buying for spouses and other recipients like grandmothers or friends. 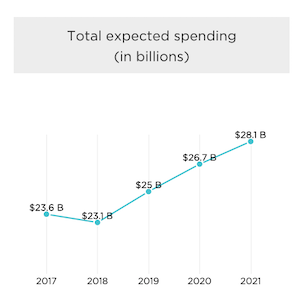