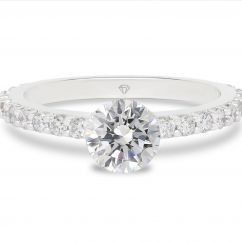 New York, NY--A diamond that floats cleanly above its setting without claws, clasps, or enveloping metal has been revealed by master jeweler Ian Douglas. Called ‘The Floeting® Diamond,’ it may be the first significant innovation in diamond solitaire ring design since the six-prong setting was designed in 1886 and which has been the design standard for 135 years.

“This was thought to be an impossible dream,” says Ian Douglas, a New Zealander who has been designing jewelry for more than four decades. “Every jeweler in the world has been asked by customers if it was possible to have a ring without the prongs, and until now the answer has always been ‘No.’” 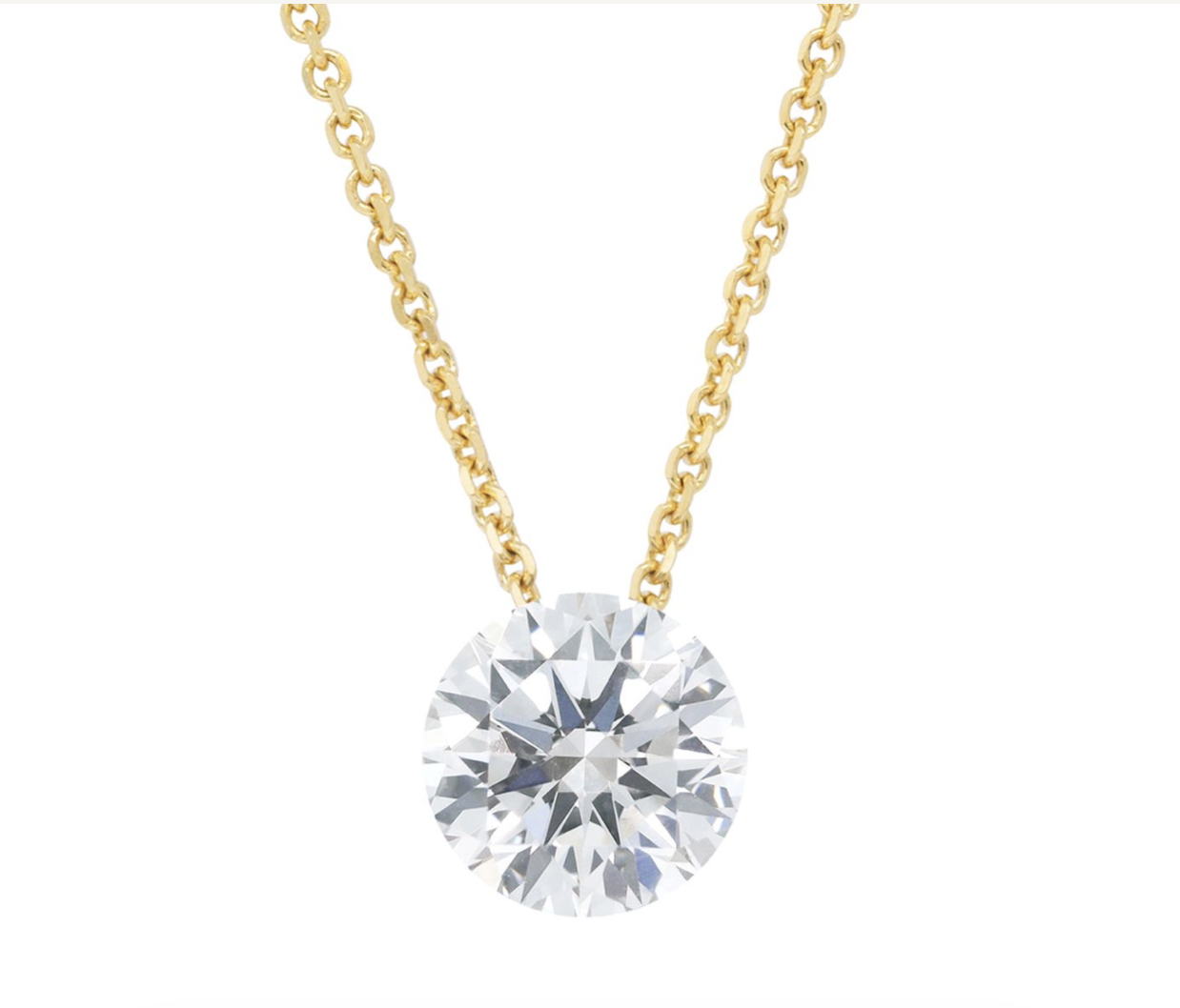 For the past decade Douglas has relentlessly pursued the design of a revolutionary diamond setting technique that puts nothing between the diamond and its admirer. The genesis of this new setting has involved developing the patented diamond design with one of the world’s leading master diamond cutters Mike Botha of Canada, and with laser engineers, metallurgists, scientists, testing laboratories, and patent attorneys across several countries.

The Floeting® Diamond is held in place by a micro-groove that has been laser-cut around the underside of the diamond which in no way impedes light return or beauty. The American Gem Society Laboratories® cut grade for The Floeting® Diamond guarantees the most coveted diamond cut grade – the AGS Triple Zero®. A high tensile titanium alloy collet secures the diamond from its underside, creating a setting proven by independent testing to be more than 20% stronger than traditional settings.

Broad Appeal
The Floeting® setting is paired with platinum and 18k gold and will initially be offered with a solitaire diamond ring, ear studs, and pendant. An inaugural ‘foundation collection’ is available for purchase online through VG Jewelers, with prices ranging from $1,600 to $30,000. Bespoke orders are also being invited. 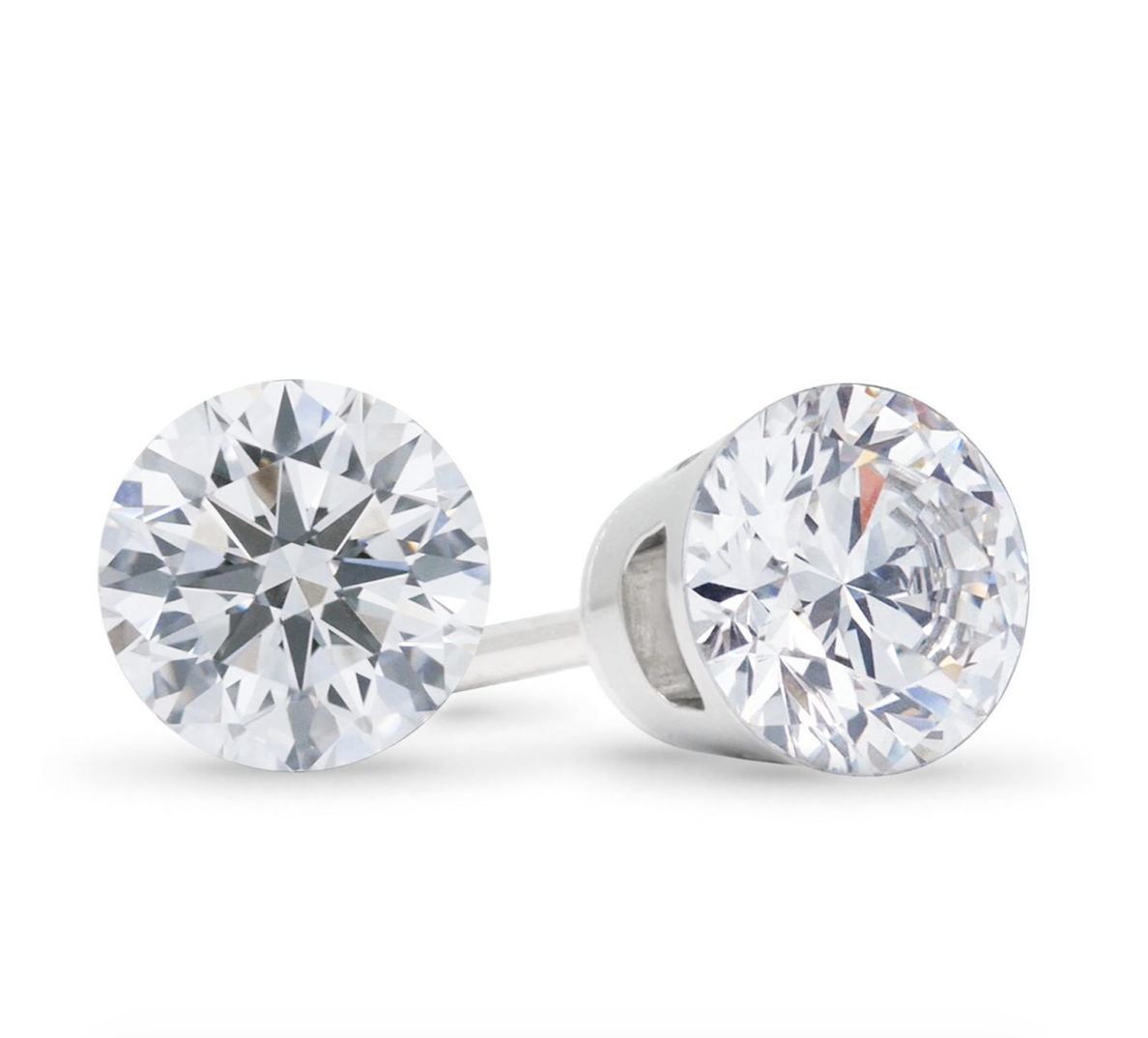 “We approached the design task with the intention of having very broad market appeal, although with our patented system we can accommodate a diamond from 0.30cts up to 100cts,” says Douglas.

The patented Floeting® design has wider utility across other shapes including Oval, Emerald, Pear, Radiant, Marquise, Cushion, and Princess, as well as designs to hold sapphires and rubies. 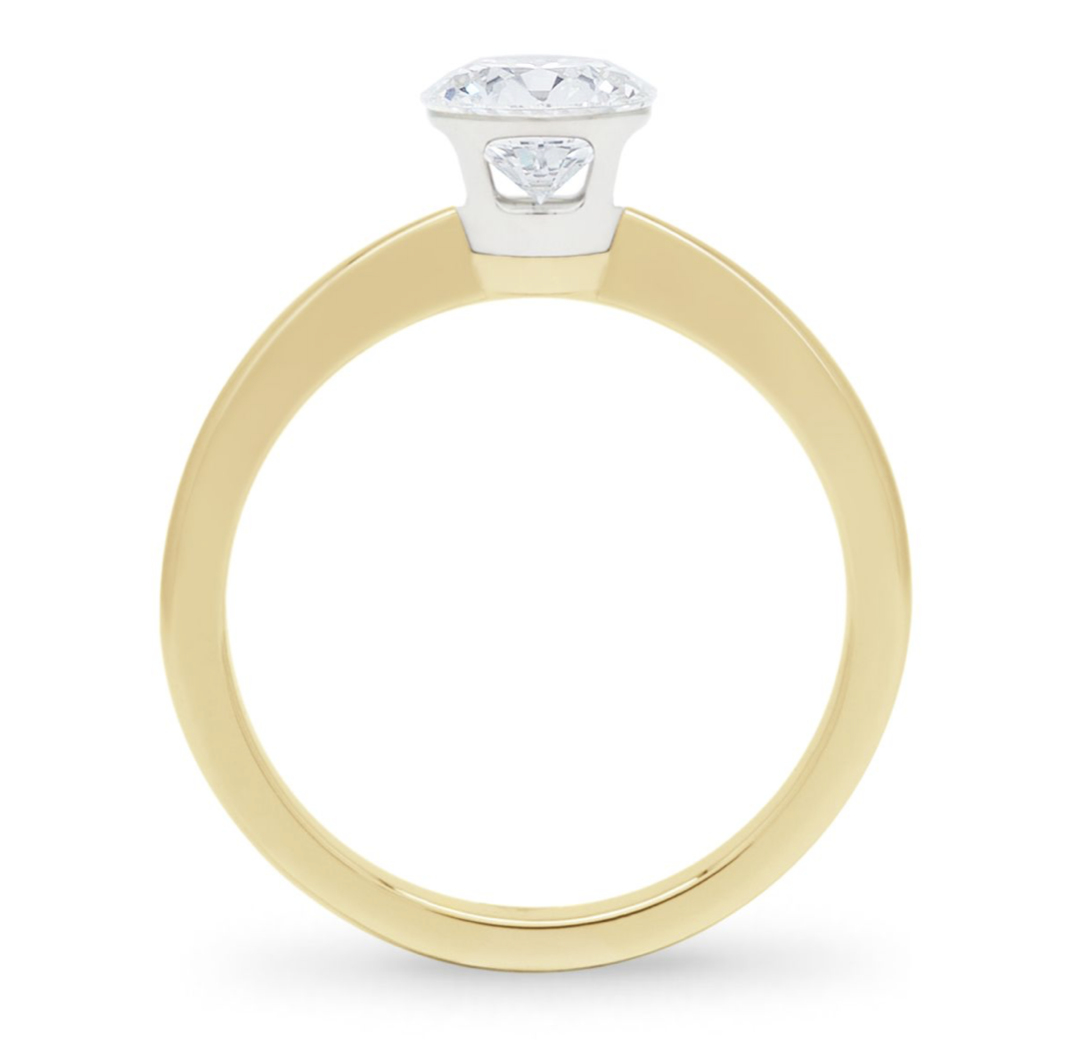 With its versatile technology, Ian Douglas sees that The Floeting® Diamond setting can be expanded to three stone rings, tennis bracelets, Riviere necklaces, and drop earrings, and incorporated into fashion and costume design, eyewear, and even high-end mobile phones.

“The applications and variations are as limitless as they are liberating for designers who have been constrained by what I call ‘prong paralysis’ for over a century,” says Douglas.

Physics of the Diamond
The most difficult challenge in creating the setting was the physics of the diamond itself. “The goal is always to maximize the light return and sparkle, but the geometry of a solitaire diamond is so specific that compromise was usually inevitable whenever anything new was attempted,” says Douglas. “To avoid compromise, we had to completely rethink the design of the setting and the cut of the diamond itself.”

To achieve the high precision micro-groove that was required, the Floeting® team spent two years developing an advanced laser accurate enough to cut a micro-groove in the pavilion of the diamond just below the girdle in a way that does not compromise the reflective sparkle and scintillation.

Strength Testing
Strength testing, modelled on the legendary Nokia mobile phone drop test and adapted by a former Formula 1 engineer against standard IEC 60068-2-31:2008, showed ground-breaking results. A diamond in a traditional six-claw setting came loose after 298 drops onto a wooden surface from one meter, while The Floeting® Diamond remained secure after several thousand drops.

“We believe the Floeting® Diamond will be the strongest and most durable diamond ring setting ever created,” says Douglas.

Floeting® diamonds are sourced from a Diamantaire who is certified by the London-based Responsible Jewellery Council, the world’s leading standard-setting organization for the jewelry and watch industries.

Like Nothing Seen Before
“We have worked with experts across the globe to bring together centuries-old craftsmanship and ground-breaking new technology to create this elegant and deceptively simple setting. Floeting® is the culmination of our efforts to master the physics of diamonds and craft the jewelry with micron-level precision,” says Ian Douglas.

The Floeting® Diamond is “exquisitely obvious” when you see it, says Douglas, but the execution is “deeply complex. People have so accepted the design impediment of claws and clasps for decades that no-one has thought that there might be a solution.”

“We believe we have invented a diamond shape and setting like nothing the world has ever seen before.”

A decade of invention has led to a pipeline of innovation, and while Floeting® pioneers its way into the market, Douglas says that the initial collection is just the beginning.

To see the Floeting® collection and to find out more, visit Floeting.com