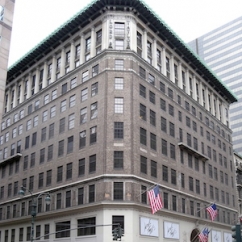 New York, NY—Lord & Taylor had a sad old age, but its new owner is hoping it can rise from the ashes as an e-commerce retailer. Image: the former Lord & Taylor flagship store, via Wikipedia.

The 195-year-old retailer was the first and oldest department store in the United States, and at one time was one of New York City’s most grand department stores. In the booming post WWII years, Lord & Taylor followed its customers into suburbia, along with most of its peers, but as retail splintered into high and low, it eventually found itself caught in the arid no-man’s-land between upscale specialty stores like Nordstrom and Saks Fifth Avenue, and promotion-oriented retailers like Macy’s.

For a while it tried focusing on dresses as a unique niche—unfortunately just as most workplaces became casual—and after years of offering a hodgepodge of the same brands everybody else had with no clear point of view, it never found itself again.

As finances grew more troubled, its historic flagship building on Fifth Avenue was sold to WeWork (which had its own financial issues and subsequently sold it to Amazon). It passed through a few buyers’ hands over the years until finally filing for bankruptcy last August and closing all its remaining stores in September.

“We respect the iconic brand value of Lord & Taylor, that has been the favorite store for generations of shoppers and launched the careers of several American designers. The Saadia Group is deeply committed to continue the rich legacy of the heritage brand in a modern, progressive way. We are looking at a vastly updated assortment, limitless digital aisles and many more exciting experiences,” says Jack Saadia, principal and co-founder of The Saadia Group.

The new Lord & Taylor site is live, and purportedly will be offering exclusive collaborations and emerging brands as well as classics, according to NJ. A quick perusal of the new site showed some interesting designs and lesser-known brands, but it appears to be targeting a clearly lower price point than the store did before and the new logo (below bottom) is simplified. So far the offerings include women’s and men’s clothing, home goods (including hard goods) and beauty, but no shoes, accessories, or jewelry. 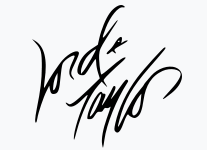 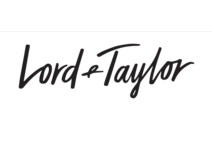 Next article:
Oops! Bad Math, But Tiffany Ad Is Still Going Away