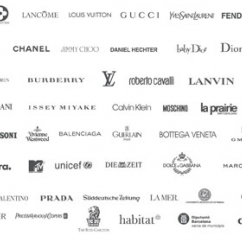 New York, NY—Despite burgeoning sales for 2011, most luxury brands have an appallingly low customer retention rate, losing between 80% and 90% of their customers in any given year.

No, that’s not a typographical error. Most luxury brands are deficient in retaining even half of their top customers, says Milton Pedraza, CEO of the Luxury Institute, a global luxury consulting and research firm. These figures are the central focus of the Luxury Institute’s most recent white paper, Wealth and Luxury Trends 2012 and Beyond: Raising Customer Loyalty in the Midst of an Uncertain World. (The Luxury Institute data is aggregated from all its clients; it doesn’t release individual company figures.)

“Nobody likes to publish those numbers because they’re not pretty,” Pedraza said in an interview with The Centurion this week. “But 80/20 doesn’t have to be the rule.”

Contrast those grim metrics to non-luxury e-tailer Zappos’ customer retention rate of 75% (the company does release figures) and it’s clear there is much opportunity for luxury brands that create customer-centric cultures, both in-store and online.

Luxury brands really fall down when it comes to customer relationship management (CRM), an area one would most expect them to shine, says Pedraza. Very few have a truly customer-centric culture, very few do proper clienteling, and many have surprisingly poor service for what’s supposed to be a special experience.

Creating a customer-centric culture starts at the top, and assuming staff compensation is competitive, comes from three things: being expert at what you do, earning the trust of customers, and having a pleasant personality. Luckily, luxury jewelers excel in these areas, but Pedraza says it’s essential to ensure your employee compensation isn’t counterproductively holding you back.

“If you pay a low salary and expect sales associates to ‘eat what they kill’ as many luxury retailers call it, your customers are going to be attacked by sharks.” Better, he says, is to set commissions based on group sales and include customer relationship building goals as part of the total package.

Get social—or don’t. One of the biggest misconceptions about social media is that it’s the greatest marketing development since ads for sliced white bread. Yes, luxury consumers are online and on Facebook. And, yes, many luxury brands have millions of fans that “like” them on Facebook. But despite the fact that Facebook regularly tries new ways to influence purchases online, the Luxury Institute says there’s no evidence that having millions of fans has helped luxury brands acquire new customers or build business significantly.

The familiar Facebook logo is so ubiquitous that companies don't always even say "like" us anymore; they just add the button to their advertising.

But CRM metrics have shown that customers who have a human relationship with a brand ambassador (be it owner or sales associate) typically buy double from that brand and stay loyal for a longer period of time. The long-term success of the brand depends on the individuals who interact physically with the customers. This means both minimizing staff turnover, and doing a lot of old-fashioned legwork: knowing the customer’s likes and dislikes, calling when something special comes in, sending handwritten notes, knowing their special dates and life milestones, and so forth.

“I don’t mean that social media isn’t good. Does it build awareness? Yes, and that’s good. Does it build relationships? It might, but clienteling is better,” Pedraza told The Centurion. Social media is appropriate for most luxury brands—but not all. For an upscale community jeweler who uses it to have an ongoing conversation with customers, it’s wonderful, but for a super-high luxury brand whose cachet is extreme exclusivity, customers don’t want it to be where “everyone” has access to it.

Ironically, one brand that still uses mainstream advertising—TV, print, and even billboards—more than social media is Apple. And while its legendary in-store retail experience is central to Apple’s image and success, Pedraza thinks the brand could do even better if it would follow up after sales, an area where it’s surprisingly lacking. He says he’s never been contacted by an Apple associate following any of his purchases. (Editor’s note: We own two Apple computers, two iPhones, and countless iPods, but we haven’t ever been called for follow-up, either.)

Luxury predictions for 2012. While 2011 was the year luxury came back—indeed, a banner year that topped even 2007 sales figures for many brands—next year growth is likely to slow down, especially on a global scale, says Pedraza. He predicts there will be modest single-digit growth for luxury in the United States—in the area of about 5%—but that growth may be driven by price increases, not volume.

“The top 20% of consumers are doing well. In the intermediate term, we will see the affluent continue to buy,” he said, but cautions that the continued bifurcation of the U.S. consumer marketplace is not healthy for the long term. Furthermore, while the affluent are somewhat insulated from economic ups and downs, they’re not immune.

“For long-term [economic] success we need a strong middle class,” he told The Centurion.

Much of the pre-recession growth in the luxury market came from just such middle class spenders, sparking the proliferation of aspirational, “mass luxury” items to target a wider audience. Then, during the recession, luxury retailers, including many jewelers, found that lower-priced items were the saving grace that kept the doors open.

But with the big spenders coming back, is it now time to reassess? Have too many luxury retailers abandoned the market that made them in the first place? Or is it too soon to cut the affordable-product lifeline?

“Those who serve the ultra-wealthy can have extremely high priced product, but it’s not scalable,” says Pedraza.

“The brands that are most resilient are the ones that have diversified. Tiffany sells both a $250 bracelet charm and engagement rings starting over $10,000,” he says. And they do it very well, he emphasizes. Louis Vuitton is another brand he says has been able to successfully serve mass without losing class. 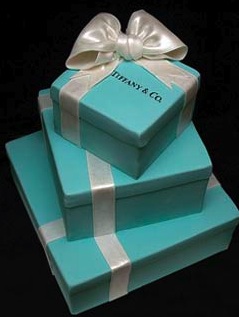 Tiffany is one retailer that Pedraza says has been very successful at combining mass and class.

Achieving the right mass-to-class balance is both an art and a science—and a very fine line that’s often invisible until you’ve crossed it, warns Pedraza. Too much logo, too much bling, and you get too many of the customers that really aren’t your market while alienating those that are.

Even if the price point stays high, straying too far from a brand’s point of view isn’t healthy either, as evidenced by this recent Harper’s Bazaar article detailing the Italian fashion house Bottega Veneta. The brand, famous in the 1970s for its costly but low-key woven leather bags and advertising “when your own initials are enough,” had become a caricature of itself. From the epitome of refined, restrained elegance, by the late 1990s it was sporting hot-pink punk and leopard spots. In 2001, its new creative director Tomas Maier stripped away the wretched excess and restored the brand’s core aesthetic of restraint, till once again it became a brand sought by the world’s tastemakers. 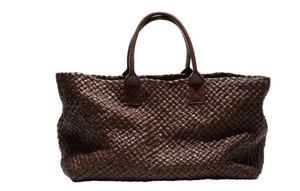 How to reach down successfully?

“The key is in how you define your entry level,” says Pedraza. “You don’t want to go so far down that you make your customers uncomfortable, but having entry level product was a Godsend for many stores [in the recession].”

But diversification is a better strategy than discounting. The fire-sale prices offered by panicked luxury retailers in 2008-2009 may have cleared out inventory, but they also retrained customers to expect a discount every time.

“It makes it very difficult to raise prices [afterward]”, Pedraza told The Centurion.