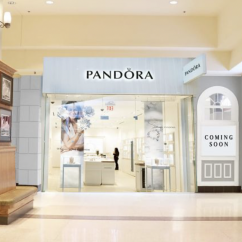 Copenhagen, Denmark--Pandora posted a year-on-year worldwide revenue increase of 10% to 5.66 billion Danish kroner ($772 million) for the second quarter of 2022. Organic growth increased by 3% year-on-year for the same period.

U.S. sales declined 12% year-on-year. However, the results are compared with an unusual second quarter of 2021 in which sales benefited from stimulus checks. Pandora officials, noting a 59% organic sales increase compared with 2019, said they were satisfied with U.S. results.

The company reported double-digit revenue increases in countries throughout Europe. Sales in the U.S. and Europe more than offset a steep revenue decline in China (down 58%) because of countrywide shutdowns due to the pandemic.

Online sales witnessed an organic increase of nearly 100%, compared with the second quarter of 2019.

The Danish company unveiled Pandora Brilliance to the North American market. The 33-piece collection includes rings, bangles, necklaces and earrings, each featuring a solitary, VS+ clarity lab-created diamond set within 100 percent recycled sterling silver, 14K yellow gold or 14K white gold. The collection will be available on August 25 at 269 Pandora stores in the U.S. and Canada and online. Prices start from $300 and each stone ranges from 0.15 to one carat.

Brilliance is the first collection under the new Diamonds by Pandora category. The introduction in North America follows a U.K. pilot launch of lab-created diamonds in 2021. At the time, Pandora also announced that it would stop using mined diamonds, which the company used sparingly to make its affordable jewels.

In addition, the company announced that it has appointed Mary Carmen Gasco-Buisson as its as new chief marketing officer. She currently serves as global VP at Unilever. She will report to Pandora CEO, Alexander Lacik ,and serve on Pandora’s executive leadership team.

Next article:
Richemont’s Chairman, Johann Rupert, Doesn’t Want Ex-Bulgari CEO On Its Board