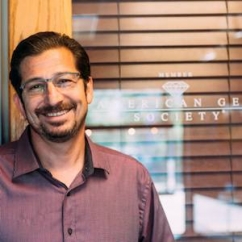 Austin, TX—When news broke that AGS jeweler Theodore “Ted” Shaughnessy was killed in a home invasion on March 2, it was unknown at the time if he was targeted as a jeweler or if he knew his killer. Those questions were answered in part on May 29, with the arrest of Shaughnessy’s son, Nicolas, 19, and daughter-in-law, Jaclyn Alexa Edison, also 19.

Whether Ted Shaughnessy knew the person who actually pulled the trigger and shot him and one of his dogs to death is still unclear, but authorities in Travis County, TX, believe Nicolas Shaughnessy paid to have his parents killed and his wife was in on the plot. Shaughnessy Jr. and Edison reportedly married in July 2017.

Corey Shaughnessy, meanwhile, had grabbed a handgun and fired back during the invasion; she survived the attack that killed her husband. One of the family’s three pet Rottweilers—who often visited the store to the delight of customers—took a bullet and died as well.

Nicolas Shaughnessy was the sole beneficiary of his parents’ life insurance policy, valued at $2 million. The elder Shaughnessys’ home and business were worth an estimated additional $6 million that would have gone to their son as well, according to reports.

The local newspaper reports that in the days following the murder, clues emerged that pointed to the young couple’s involvement: the home’s alarm system was remotely deactivated from their College Station, TX, apartment, and Nicolas was the only person, apart from his parents, who had access to the codes. Alarm company records showed someone accessed the Shaughnessys’ account and deleted surveillance videos taken around the time of the crime; Internet records proved it was accessed from the couple’s home in College Station. Furthermore, a window was open in Nicolas Shaughnessy’s bedroom on the opposite end of his parents’ large house, with no signs of forced entry. He said he often used it to enter and exit the home but Corey Shaughnessy told police at the scene it would be impossible for someone to make their way from her son’s room to her bedroom in the dark without knowing the layout of the house.

Edison, meanwhile, grew upset when investigators at the scene asked to test her hands for gunshot residue, but a detective at the scene noted that Nicolas reportedly showed neither emotion about his father’s death nor concern for his mother, and affidavits say he later joked about the crime with friends. 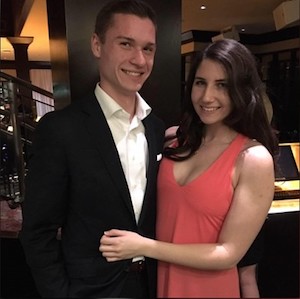 Nicolas Shaughnessy and Jaclyn Alexa Edison in happier days, above. Below, their mugshots following their arrest for capital murder: 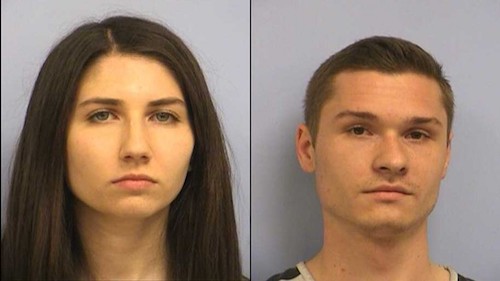 An informant also came forward claiming Nicolas Shaughnessy had made an offer to make some extra cash doing “anything from stripper to murder.” Detectives later found computer and text message evidence that the couple had been shopping around for a hitman. Five .380 caliber bullet casings found at the scene matched a box of rounds found at the couple’s apartment; six bullets were missing from the box.

Following Ted Shaughnessy’s death, the couple’s store, Gallerie Jewelers, was closed indefinitely, but a Facebook post on April 27 said it would be reopening soon with Nicolas taking over for his father.

According to Nicolas’s lawyers, Corey Shaughnessy stands behind her son; he had been living with her since the tragedy, and family friends say the relationship between parents and son was loving. An employee of a dental business near the store told reporters Nicolas had recently chatted with her about plans for taking over the store and even getting a new puppy.

Both Nicolas Shaughnessy and Jaclyn Alexa Edison are charged with conspiracy to commit capital murder and are being held in Travis County jail on $3 million bond and $1 million bond, respectively.