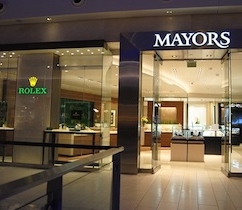 Montreal, Quebec—Canadian jeweler Birks Group Inc. has sold the Florida-based Mayors Jewelry chain to Aurum Holdings, the largest fine jewelry retailer in the United Kingdom. The deal, valued at $104.6 million, gives Aurum—which operates Mappin & Webb and Watches of Switzerland among other retail names in its 130 UK stores—a good entry into the U.S. market with Mayors’ 16 upscale jewelry stores in Florida and Georgia, as well as one Rolex boutique in Orlando, FL. (At left, Mayors’ Universal Town Center location in Sarasota, FL.)

Aurum president Brian Duffy said in a statement that the purchase of Mayors will help the company in its plan “to be an important part of the Swiss watch market in the USA.” The company already earlier announced plans to open a flagship Watches of Switzerland store in the new Hudson Yards development in New York City. Duffy called the culture of Mayors similar to how Aurum operates its business in the UK.

Below, the Mappin & Webb store on Regent St. in London: 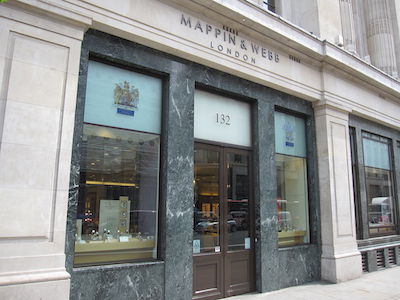 Mayors was originally founded in Cincinnati in 1910 by Samuel Mayor Getz, who for health reasons moved the business from Ohio to Florida. His son, Irving, took over the business after returning from WWII. His son, third-generation Samuel A. Getz, joined full-time in 1980. In 1994, Mayors bought Maier & Berkele, a four-store Atlanta, GA-based guild jeweler, and continued to expand. By 1997 it had 25 stores in Florida and Georgia.

In 1998, Mayors was acquired by Jan Bell Marketing Inc., a mass-market jewelry company that ran leased departments in Walmart’s Sam’s Club warehouse stores. Eager to retool itself as a more upscale player, Jan Bell took the Mayors name, then added 10 more stores for a total of 36 by 2000, expanding its footprint well beyond Florida and Georgia into Virginia, Illinois, Texas, California, Nevada, and Michigan. But while the acquisition of Maier & Berkele in neighboring Georgia had gone well, Mayors ran into trouble competing with existing prestige jewelers in farther-flung markets where it had no name recognition. The company also ran into trouble with exclusivity agreements for luxury watch and jewelry brands (such as Rolex) when it moved into markets where there was already an established retailer.

In 2001, Samuel A. Getz, who had stayed on as Mayors president after the Jan Bell acquisition, stepped down to follow his passion for jewelry design—with several AGTA Spectrum Awards to his credit—and today is a private jeweler in Florida.

The 138-year-old Birks acquired a majority interest in Mayors in 2002; the two merged operations three years later under the leadership of Thomas Andruskevich, who came to the company with a distinguished pedigree including a 12-year stint at Tiffany & Co. and engineered the 2007 IPO of Birks & Mayors. Andruskevich retired in 2012; Birks & Mayors dropped the “Mayors” from its corporate name in 2013 and closed its administrative offices in Tamarac, Florida, in 2014 as part of a restructuring.

According to reports, the sale of Mayors will allow Birks to pay down debt, invest in its Canadian operations as well as its online operations—which it highlights as part of an omnichannel plan—and grow the Birks brand on a wholesale level into a global luxury brand. As part of the transaction, Birks made a five-year agreement to sell its Birks-branded merchandise in the UK via Aurum’s Mappin & Webb and Goldsmith stores and online. The collections also will continue to be sold at Mayors in the United States.

Vrai & Oro previously sold jewelry online only, marketing itself to customers as selling without a retail markup. Like other direct-to-consumer companies that started online (such as Warby Parker and Bonobos) it has discovered demand for a physical location. 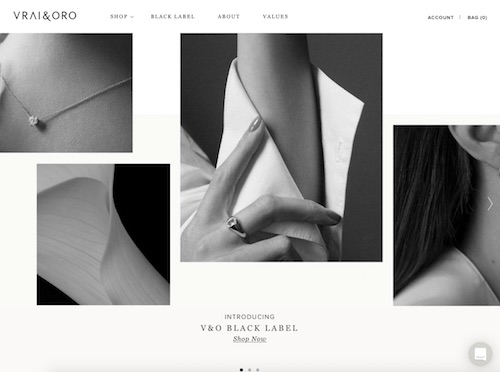 The new store will be 680 feet and will sell all of Vrai & Oro’s Diamond Foundry collections at prices ranging from under $500 retail to $8, 460 for two-carat diamond stud earrings in its upscale Black Label collection. An article in National Jeweler says the addition of the larger, more important pieces is what inspired the company to open a brick-and-mortar location for customers to see the pieces in person.

Diamond Foundry already has cemented partnerships with prestigious retailers known for their “cool” factors, such as Barneys and Twist, and counts Wendi Murdoch and Miroslava Duma among its brand ambassadors.

New York, NY—A federal judge has ordered Costco Wholesale to pay $19.35 million in damages to Tiffany & Co., after the warehouse club sold engagement rings using the word Tiffany as descriptive but without the word “setting.” Costco maintained that it was slip of speech by workers in describing the rings, but the courts disagreed, saying the club’s attitude was cavalier at best and ordering it to pay up.

Still, even if this battle is lost, the war may not be over. Costco has already appealed and said that it never pretended to be selling Tiffany rings, they were never marked or packaged as Tiffany product, and the retailer very clearly let customers know the engagement rings were not Tiffany product. It also maintained it stopped using the description after Tiffany complained in 2012, and that Tiffany never claimed it lost a single sale as a result of Costco’s rings.

Previous article:
Can You Fire An Employee For Their Political Views?