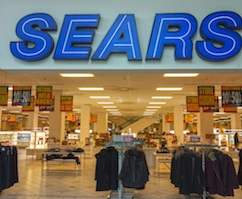 Sears Hovering On Brink Of Extinction

New York, NY—Once the Amazon of its day, Sears is poised at the edge to go into the dustbin of retail history. Without approval of a revised last-minute takeover bid from its chairman, Edward Lampert, the 125-year-old retailer, which started as a watchmaker and grew to dominate American retailing, will have to head for liquidation. Image at left: A Sears store undergoing liquidation last fall. Image: New York Post

Last week, Sears Holdings Corp. chairman Edward Lampert submitted a $4.4 billion bid to keep at least part of the company alive—425 stores and about 50,000 jobs—but the offer did not pass muster with a committee of advisers or with bankers. On Tuesday, Lampert announced plans to submit a new bid by 4 p.m. Wednesday, which the company agreed to consider, but if it still comes up short compared to a proposed liquidation, that would likely signal the end of the company.

The famed Sears catalog—originally selling only watches and jewelry—grew to become a fixture in American homes, and at one point even sold actual houses. Ironically, the retailer stopped publishing the catalog at the end of 1993, just before Jeff Bezos ever sold his first book online in 1994.

Related: As Sears Gasps For Life, Could It Have Been Amazon Instead?

As Americans migrated to suburbia after WWII, Sears went with them. Its already-successful strategy of locating stores on the outskirts of towns—where land was cheaper and more plentiful—positioned it perfectly to welcome millions of buyers moving into the tract developments that sprang up around them. (A similar strategy would also prove part of Walmart’s success later). By the mid-1960s, it was not just America’s, but the world’s largest retailer.

But by the 1990s, it was on the downward slope, and despite its original pedigree in areas that Amazon and Walmart now dominate, the retailer hasn’t been able to hang on. Click here to watch a video history of Sears, from Fortune. 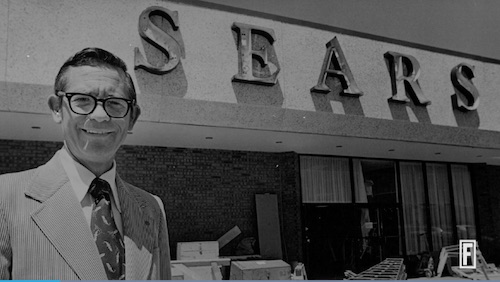 Seattle, WA—Blake Nordstrom, co-president of iconic retailer Nordstrom, died January 2 after a short battle with lymphoma. He was 58. Nordstrom announced his illness in December, saying at the time that it was treatable and that he expected to continue working during treatment. Nordstrom shared leadership of the eponymous specialty store with his two brothers, Erik and Peter, who remain in charge. By carving a niche for itself through its famed customer service, betting early on digital, and adopting a more affordable position in the luxury market than peers like Neiman Marcus, it has managed to avoid much of the upheaval in the retail world. He is remembered by both retail peers and industry analysts as an innovator and visionary, as well as a great philanthropist.