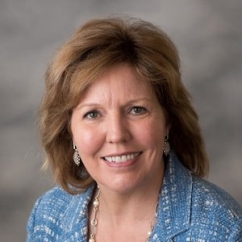 Mark Light, 55, has stepped down as CEO of Signet, parent company of Kay, Jared The Galleria of Jewelry, Zales, Piercing Pagoda, and other marquee names, after the beleaguered company posted an 11.5% drop in the first quarter following a 5% drop in holiday comps. Signet has tapped Virginia “Gina” Drosos (left), 54, a member of the Signet board of directors and a 25-year veteran of Proctor & Gamble’s beauty division—including mega-brands Cover Girl and Olay—to lead the company, effective August 1. She is the company’s first female CEO, and its fourth in seven years. The announcement of her appointment and Light’s departure occurred simultaneously early this week.

Light, son of longtime former CEO Nathan Light, spent his entire 35-year career with the company, rising to president of the Sterling division (Kay and Jared) before becoming CEO in 2014. In addition to a challenging retail environment, Light also presided over some of the firm’s toughest moments, including allegations of stone switching, gender discrimination, and allegations of sexual harassment. A company statement says Light is retiring for health reasons, which corporate spokesman David Bouffard called “serious but not life threatening,” and Light was not in evidence at the Las Vegas shows last month.

Company filings show Light will depart with a package valued at more than $8.6 million, including a year’s salary and a lump sum bonus (his compensation equaled $7.4 million last fiscal year), as well as $200,000 in health benefits, $975,000 on his second and third retirement anniversaries, and $100,000 for retirement-planning services and legal fees.

Tiffany, also plagued by a series of missteps and slumping sales, tapped Alessandro Bogliolo, a multinational executive and the current head of Italian clothing and accessories brand Diesel SpA, as its next CEO. Like Drosos, he has beauty in his pedigree, serving as North American COO for cosmetics superstore Sephora. But he also has an impressive jewelry pedigree, having spent 16 years as an executive with storied Italian jewelry house Bvlgari, as both COO and executive vice president of jewelry, watches, and accessories.

In a statement, Tiffany chairman and acting CEO Michael Kowalski said, “Alessandro has a well-deserved reputation for creativity and execution, having previously led a number of international brands to success and improved performance.” Bogliolo has worked in Asia, Europe, and the United States.