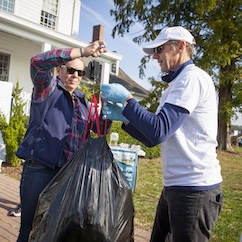 Fairfield, County, CT–On October 19, Forevermark US and three Forevermark authorized jewelers in Connecticut, including David Harvey Jewelers in Darien, J. Albert Johnson Jewelers in Fairfield, and Lux Bond & Green based in West Hartford, put competition aside and worked together to organize a unique, charity-focused shopping event titled “Forevermark’s Night Out.” Left: Hilary Starks of SoundWaters weighing a bag of trash with Charles Stanley, president at Forevermark US. Employees of three local jewelers joined the Forevermark team in picking up trash before it damages area waterways.

Modeled after Fashion’s Night Out, where retailers across the country and even the globe hosted in-store events on the same evening, customers browsed the latest diamond offerings from Forevermark at each store, while enjoying complimentary hors d'oeuvres, manicures and massages. 10% of the night’s proceeds were dedicated to supporting SoundWater, a local environmental education non-profit organization, totaling a donation of $2,000 from Forevermark.

The event took place in Forevermark US’s own backyard. The global diamond brand from De Beers has its US headquarters in Stamford, CT, and as part of The De Beers Group of Companies, Forevermark is committed to giving back to the communities in which it operates.

But the event wasn’t all about shopping and champagne. Earlier in the week, more than 40 employee volunteers from Forevermark US and the Fairfield County Forevermark jewelers partnered with SoundWaters to clean up Cove Island Park in Stamford, CT, but picking up trash along the waterline and through the park. In total, 32 bags of trash—weighing 246 pounds—were collected. 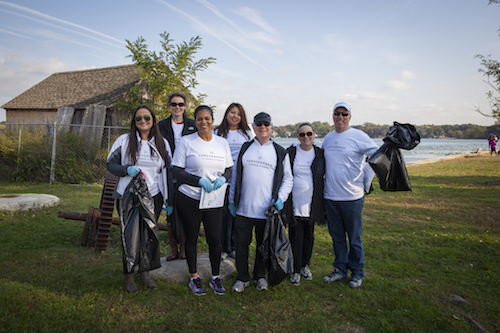 Globally, Forevermark is committed to the preservation and protection of natural habitats, their species and the wider natural world, as well as furthering education in countries where its diamonds originate. By purchasing a Forevermark diamond on the night of the SoundWaters event, local Fairfield County shoppers helped support the education of over 28,000 students of all ages from Connecticut and New York, including providing scholarships for 9,000 students from low-income communities that SoundWaters serves annually. 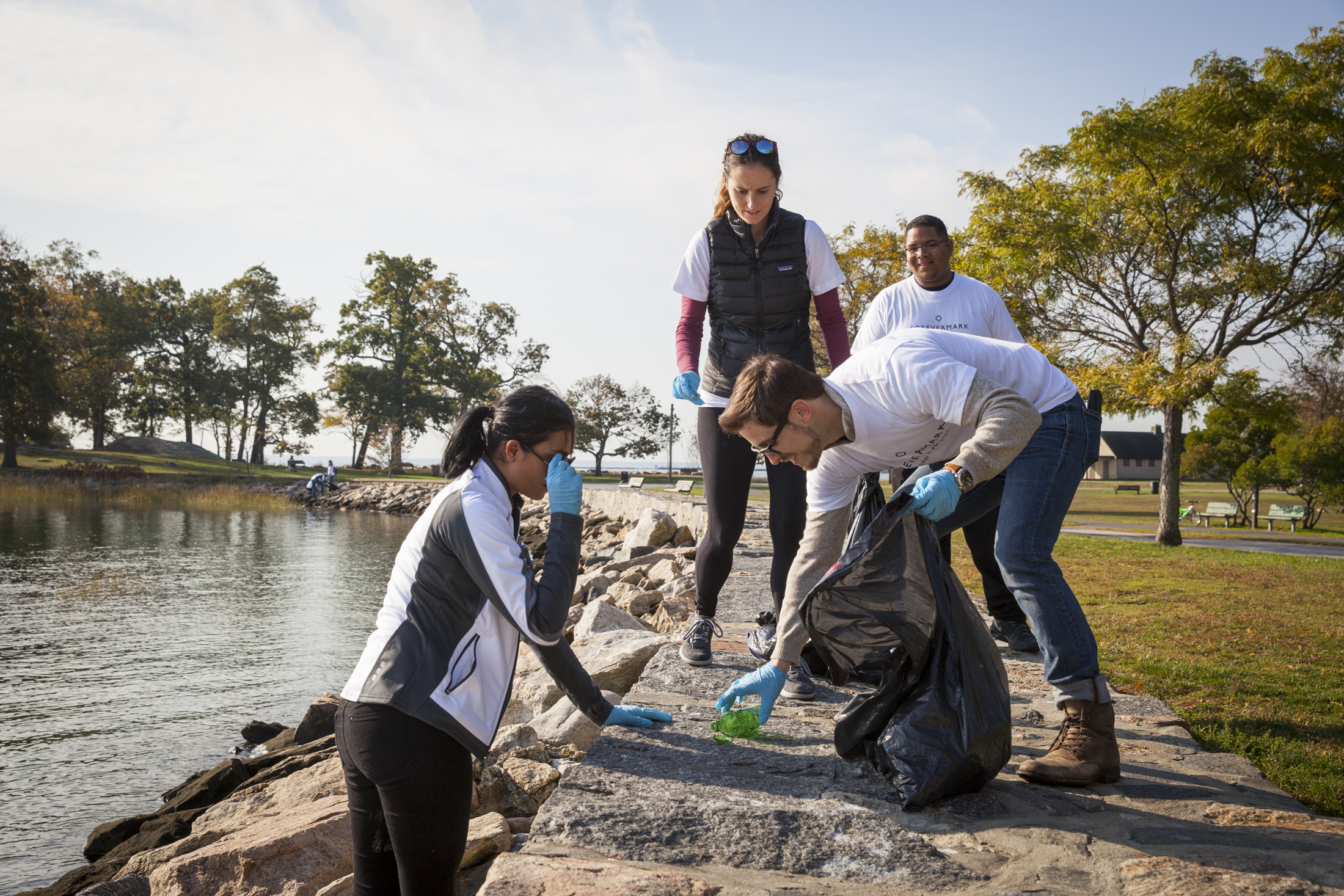 Leawood, KS—“It took me 50 years to get here, but I finally opened my own jewelry store,” writes Tom Tivol on his blog. Tom Tivol Jewels specializes in modern, vintage, and antique jewelry, as well as appraisals and jewelry and timepiece repair.

Also a teacher of gemology and appraisal ethics at the University of Kansas in Lawrence, Tivol says he has as much energy and passion for his business as his Millennial-age graduate students.” Tivol, of course, has a renowned pedigree in the industry, having served as president of Tivol, Inc. from 1989-2004.

He describes his new store as “compact, designed with warm blond and cherry woods, artistic modern lighting and a full library of books and auction catalogues which I use to research and create designs for my clients.” 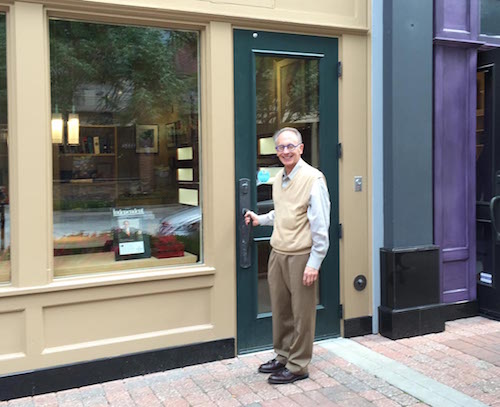 Tom Tivol at the door of his new store.

Tivol’s students intern at the store and help with client requests to appraise, repair, re-design older pieces, and of course to show and teach the art and science of designing jewelry with diamonds, colored gemstones and pearls.

Westwood, CA—Violent crime in the store is the biggest fear every jeweler has. So when a machine gun-wielding thug slammed into the front door of Sarah Leonard Jewelers 22 times, just reading the words is enough to make a jeweler cringe. Luckily, the attack wasn’t real. It was all in the course of a day of filming for a new television series called Training Day, a gritty, dark crime drama about the life of a cop who skates the line between law enforcement and lawbreaking.

The original Training Day was a 2001 movie starring Denzel Washington and Ethan Hawke. Washington plays a rogue narcotics detective who believes the ends justify the means, and Hawke is his rookie trainee. Now Antoine Fuqua, director of the original Oscar-winning film teamed up with veteran TV producer Jerry Bruckheimer for the new CBS series, which takes place in present time 15 years later, and stars Bill Paxton (of Big Love fame) as Detective Frank Rourke, head of an elite LAPD unit that hunts the most dangerous criminals. Like his 2001 predecessor, Rourke believes the ends justify the means, but the LAPD isn't so sure, so it assigns rookie Kyle Craig (Justin Cornwell) to keep an eye on him.

To film three minutes of an hour-long episode first required 20 people from a scouting team to see if Sarah Leonard looked like the kind of jewelry store the script called for (an “upscale West LA store,” according to jeweler David Friedman.) The shoot itself required closing the store for a full day, which Friedman says doesn’t come cheaply. Various cable TV shows have filmed at Sarah Leonard in the past, but it never took more than a few hours and the jeweler remained open for business.

This was different. “It wasn’t a small cable budget. This is CBS and Jerry Bruckheimer, so they had the budget to compensate us for closing, as well as to put down a security deposit against any damage,” says Friedman. The filming itself happened earlier this fall and required 120 people in and around the store for 14 to 16 hours, plus barricading the street (with permission from the city), and having food trucks and dressing rooms set up outside.

“All that for three minutes of footage,” laughs Friedman. Sarah Leonard’s name will be visible in the episode—which is slated to air in January—and its merchandise remained in the cases all day, part of what made the producers choose the store. Friedman and his wife, Gail, were in the store during the filming but stayed off camera. All the store “employees” and a security guard who will be in the episode were actors.

Those three minutes of footage are something no jeweler would ever want to live through in real life. In the script, “three masked gunmen have a shootout in the store, which they had to film 20 times,” says Friedman. The actor who played the security guard had to fall to the floor every time he got ‘shot.’

“Poor guy was in his 60s and he had to keep falling down and getting up,” says Friedman.

The only mishap of the day occurred near the end of filming, when the actor who was directed to slam his shoulder into the front door missed and slammed the door with the butt of his prop gun—breaking the glass for real.

“I think that’s the take they’re going to use because it was the most realistic,” laughs Friedman. CBS did replace the door the next day and provided the jeweler with a real security guard to stay at the store overnight.

“He was much younger and armed with a real gun,” says Friedman.