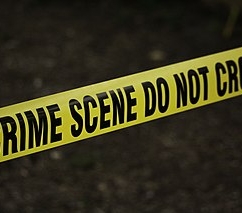 Rocky Mount, NC--Police arrested a man and woman Friday on charges of stealing jewelry worth over $25,000 from a store in the Golden East shopping Mall.

According to a news report, Elquentin Harrison, 36, and Yakisha Sims, 31, allegedly took the jewelry from Milan Gold on March 25. The report added that officers of the Rocky Mount Police Department saw a vehicle matching the description, and they obtained a search warrant and confirmed the name of the suspects with the employees of the hotel.

Upon investigation, the police found the suspects and the stolen items inside a hotel room, leading to the arrest.

The two suspects have been charged with felony larceny. The report adds that they are also being linked to another jewelry store theft on April 5 at New York Gold and Diamonds in the same shopping center.

Next article:
Sissy’s Log Cabin to Open a New Location in Memphis