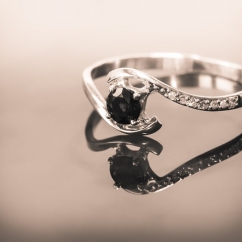 Merrick, NY--The list of US sanctions against Russia to deter its invasion of Ukraine runs long. The US president, Joe Biden, has already warned Americans of the economic impact the sanction might have in America — rising fuel prices, among others.

Other commodities are facing a spike in prices too. According to the US Treasury, Russia contributes to nearly a third of the global diamond supply. Now industry experts are expecting the price of diamonds to jump significantly in the coming months, according to a report by Quartz.

The ban on Russian diamonds may seem to have set just the stage for lab-grown diamonds to emerge, but this was foretold even before the war. Quartz noted how consulting firm Kenneth Research expected the lab-grown diamond market to grow by an average of 9% until 2028. It added that top diamond giants had started selling lab-grown diamonds as well.

With another significant disruption in the supply chain, the demand rises when supply is growing tight. "For the jewelry industry, it has been a historical bonanza," said Monil Kothari, founder of the fine jewelry brand Haus of Brilliance, told Quartz." Everyone you talk to has made money because supply had been reduced. You had liquidity in the market, and people just bored at home that had discretionary cash."

Here's the complete Quartz report that discusses how the current market scenarios are paving the way for lab-grown diamonds.

Next article:
Streamline Your Marketing