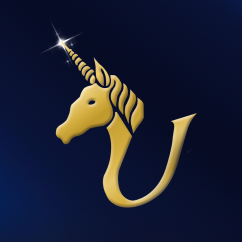 For the store's owner. Fred Nasseri, the four decades have been an "interesting journey."

According to a report, Fred started with Unicorn Jewelry in 1981 — he was 21-years-old and was carrying forward his family's tradition.

“My father’s side were physicians and my mother’s were jewelers,” Fred said, as per the news report. “I learned from my grandfather and the past 40 years have been very good schooling. I’ve always loved creating.”

The report states that Nasseri came to the U.S. from his native Iran when he was 17. There was a "thirst for freedom," which Nasseri recalls was the "beacon of hope" for many.

Nasseri recalls that his family was able to rebuild after the Iranian Revolution due to the opportunities the U.S. provided. For them, conducting business has been smooth too.

“It’s almost unbelievable,” Fred's sister, Anvari, said, as per the news report. “It is a very pleasant, unbelievable feeling. We have had such loyal, wonderful clients who have helped us carry on the torch.”

Much of the store's success is attributed to its employees and the hard work that;s been put into it. And when times were hard, they found that they had support.

The only thing that kept us going was the community who stood solidly with us,” Nasseri said, as per the report. He added that 80% of the store's customers come due to word of mouth.