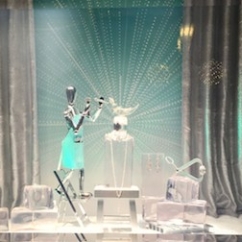 New York, NY—Christoph Liu, a stock analyst with Seeking Alpha, has rated Tiffany & Co. “a relatively safe >10% spread,” and says that despite the short-term challenges brought on by the coronavirus pandemic, the long-term rationale of the Tiffany-LVMH deal remains unchanged. In the short term, of course, Tiffany has taken a considerable hit from the pandemic. Furthermore, the ongoing spread of the virus coupled with social unrest in the United States has created a challenging retail environment.

But Liu says that despite media speculation about LVMH backing out of the deal or trying to force a share price reduction, he thinks both are unlikely. There’s no legal grounds to force a price renegotiation, and in the long term, acquiring Tiffany will make LVMH the market leader in luxury jewelry.

“I doubt that it would risk endangering that long-term perspective,” he writes.