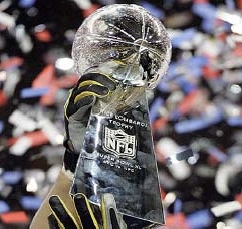 Have you ever wondered why certain athletic teams are perennial winners? Here are six "Personnel Essentials" that you can use. They were developed by the general managers of some of the most successful franchises in sports.

(Note: If you're a retailer jeweler attending Centurion, email Terry for a free Behaviors and Motivators assessment at tlsisco@ExSellerate.com or call (800) 298-4250, ext. 1. He'll send it to you in advance and be pleased to provide additional input at his Roundtable session on Sunday, Monday, or Tuesday morning, from 7:00 to 8:00 a.m. at Centurion.)

For you non-sports people I apologize upfront, but this quick read is worth your time! Just plow your way through and you'll get the message.

Here are the six Personnel Essentials: (Scroll down to read more)

#1: Your Team Must Have at Least One Franchise Player (Read More)

#2: The Best Players Want To Play Where They Have An Opportunity To Win (Read More)

#4: Look for underrated and undervalued high potentials and develop them into top performers (Read More)

#5: Just because they played on a championship team doesn't mean they will perform well for you (Read More)

Attend Terry Sisco's Roundtable at the Centurion Show in Tucson to learn the steps to creating a championship team at your store.

#1: Your Team Must Have At Least One Franchise Player

During the 1980/1981 season the Chicago Bulls professional basketball team made it to the playoffs and even beat their first round opponent. They had a good team and saw very little reason to "fix it."

Then, after three years of mediocre performance they had a new mindset and in the first round of the 1984 NBA draft, Chicago chose college basketball's Player of the Year, Michael Jordan from the University of North Carolina. As they say, the rest is history.

Identify and hire a "franchise player" in your store to raise the level of expectation and performance of the entire team. The other team members will learn the behaviors that lead to success simply by observing these top performers. Regardless of the size of your market area, great sales people are out there and sometimes found in the least likely spot. You simply need to know how to identify them.

#2: The Best Players Want To Play Where They Have An Opportunity To Win

Would you rather play for the New England Patriots who have won three of six recent Super Bowl appearances, or the Detroit Lions, with a six-year record of 22 wins and 56 losses (apologies to my friends in DTW!)

To attract and hire top performers, your store brand must be perceived as a winner in your market.

It is also important to understand that winning and success means different things to different people. Do you know how to identify the motivators and rewards desired by top performers?

The following players were hired on a "gut feeling:"

Ryan Leaf was taken #1 over Peyton Manning. Leaf's career record was a mere 14 touchdown passes and 36 interceptions. Compare this record to Tampa Bay Buccaneers' quarterback Josh Freeman, who in 2010, his second in the NFL threw 25 TD passes with only 6 interceptions!

Roy Tarpley was drafted #7 in the 1986 NFL draft. Unfortunately he didn't like to show up for work.

The Golden State Warriors selected Joe Barry Carroll with their number one pick. He was lazy, played poor defense (when he felt like even trying) and alienated teammates and averaged only 15 points and 7.7 rebounds per game.

#4: Look for underrated and undervalued high potentials and develop them into top performers

During the 2010 baseball season, the Tampa Bay Rays finished first in the American League East followed in second place by the New York Yankees and the Boston Red Sox. What is interesting about this feat is that the Rays' payroll was approximately one-third that of the Yankees or the Sox. The Rays' strategy? Just like stock picks, look for underrated undervalued high potentials.

Identify and hire underrated and undervalued people with potential to surround your franchise players with. Great teams hire great athletes that can play any position. In the world of retail this means hiring the "right" person regardless of their level of product knowledge which can be taught.

#5: Just because they played on a championship team, doesn't mean they will perform well for you

After four years with the Orlando Magic basketball team, superstar Shaquille (Shaq) O'Neal signed as a free agent with the Los Angeles Lakers. While there he won three consecutive championships playing alongside Kobe Bryant, in 2000, 200, and 2002.

However, later in his career, when placed in a different culture and playing philosophy of the Phoenix Suns and then the Cleveland Cavaliers, Shaq's performance suffered.

How do you determine if a top performer from another store will perform well in your corporate or company culture? It's really quite simple.

Two things typically happen when you make your best performer a manager. The chances are great that you will lose your top performer to other duties and you just got a crappy manager!

Soft Skills (Can They Do The Job?)

For further information, visit with Terry Sisco any morning of Centurion at his roundtable or email tlsisco@ExSellerate.com.