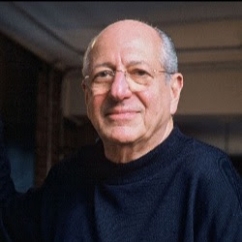 In 2021, AJDC lost an influential founding member, Jose Hess, one of the first designers to see that design-driven jewelry was the future of the jewelry industry. To honor Jose’s legacy and encourage today’s visionary new designers, AJDC created the Jose Hess AJDC Design Challenge.

Applicants for the new Jose Hess AJDC Design Challenge were asked to design and create an original piece of jewelry, based on the theme “Connection,” which mirrors the AJDC Design Theme Projects for 2022.

The grand prize winner will be announced at a gala event on February 2, 2023, at the Alfie Norville Gem and Mineral Museum in Tucson, Arizona during the Tucson Gem Shows.

The seven winning entrants are:

AJDC will release photographs of the 7 winning entries shortly. More information about the Gala Event is forthcoming.

The Judges for the Jose Hess Design Awards were:

For more information about the Jose Hess Design Awards and the AJDC, visit www.ajdc.org or contact Marylouise Sirignano Lugosch, AJDC executive director at, marylouise@ajdc.org or by
phone at 724-977-4076.