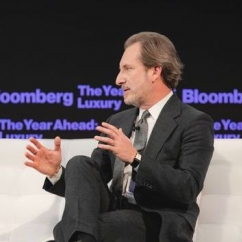 Anthony Ledru has been tapped as the jeweler’s new CEO, moving over from his current position as executive vice president of global commercial activities for Louis Vuitton. He has a jewelry background, having served in executive roles at Harry Winston, Cartier, and even once before at Tiffany, where he was senior VP of North America for 18 months from June 2013 to December 2014.

No replacements have been announced for Krakoff’s or Vitale’s exact roles, although Alexandre Arnault, former CEO of luxury luggage brand Rimowa, another LVMH brand, has been named Tiffany’s executive vice president, product and communications, effective immediately. Arnault is a son of LVMH chair Bernard Arnault.

Tiffany, one of the jewelry industry’s few publicly-traded companies, delisted from the New York Stock Exchange last week. As of January 7, it moved under the LVMH umbrella instead of trading on its own.

Next article:
Pandora To Shut 25% Of Stores Worldwide, But Earnings Are Up