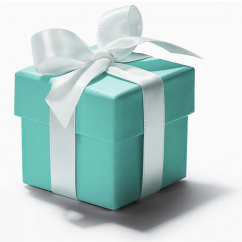 New York, NY—With the Tiffany/LVMH merger on the rocks, the two parties are trying one more time—albeit through indirect talks—to save the marriage. LVMH wanted to renegotiate its initial $16 billion purchase price after Tiffany sales plummeted during the COVID pandemic, but Tiffany said a deal’s a deal. LVMH, in turn, prepared to scrap the deal entirely and the two sides ended up in court, each slinging allegations at the other.

Now both sides have agreed to a slightly lower price. The original sale price was $135 per share; Tiffany has reportedly signaled it will accept a lower price as long as it’s over $130 per share. Seeking Alpha says $130 to $133 per share. For much of the past few months, TIF shares were trading in the low $120s but at press time they rose to about $134.

On Monday, the merger cleared its last regulatory hurdle, in the European Union. Stay tuned.