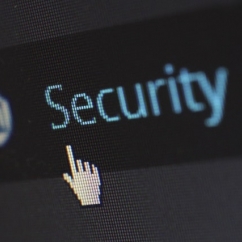 A news report revealed that Graff, which includes Middle East royalty as its client, is now suing its insurers, stating that the payment should be covered under their policy. Per the jeweler's allegations, their insurance company is refusing to pay for the loss.

The report adds that the hacking took place in September 2021. Per the report, Conti ransomware group leaked data on the companies' clients in Qatar, Saudi, and UAE royal families. The hacking group apologized to the royal families but threatened to leak more data.

"Our goal is to publish as much of Graff's information as possible regarding the financial declarations made by the US-UK-EU neo-liberal plutocracy, which engages in obnoxiously expensive purchases when their nations are crumbling under economic duress," the group revealed, as per the report.

Responding to the hackers' demand, Graff Diamonds agreed to pay half of their initial ransom demand to stop more data from being published. Per the report, the jeweler also paid peak price of the cryptocurrency, as Bitcoin's value had not plummeted.

"The criminals threatened targeted publication of our customers private purchases," a Graff spokesperson said in the report. "We were determined to take all possible steps to protect their interests and so negotiated a payment which successfully neutralized that threat."

The spokesperson added that the jewelry company was "extremely frustrated and disappointed" by their insurer's attempt to avoid settlement of the "insured risk."