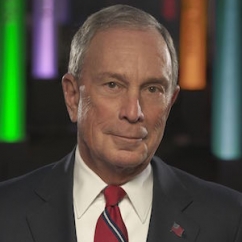 Sydney, Australia—Conventional wisdom says truly rich people don’t flaunt their wealth. While especially true of old money—notoriously understated—but a recent article in Business Insider revealed that neither are the top power brokers in the business and finance world flashing six-figure timepieces even though they’re the ones who can most easily afford them. (Left: Michael Bloomberg, media mogul, philanthropist, and former New York City mayor. Image: Bloomberg Philanthropies)

Among the top 18 leaders in global business and finance, 12 regularly sport watches well under the $10,000 mark—and of those, five wear watches with price tags just in the hundreds, not even thousands. Most notably, Mark Carney, the Canadian governor of the Bank of England, wears a Swatch that retails for roughly $100, while American billionaire media mogul Michael Bloomberg favors a Swiss Army watch by Victorinox, also retailing for around $130. 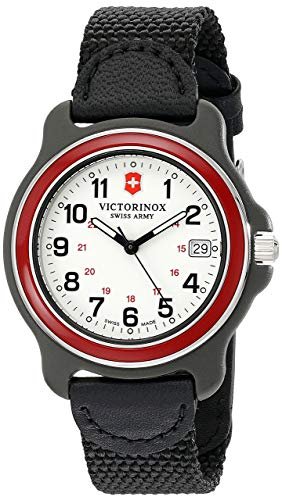 Michael Bloomberg wears a $130 Swiss Army watch--even though he could probably afford to buy the whole company instead.

Apple CEO Tim Cook (below left) wears—what else—an Apple watch, whose retail prices start at $399. But then so does Doug McMillon, president and CEO of Walmart. McMillon also has been photographed wearing a Citizen (estimated retail around $500.) And David Solomon, the new chairman and CEO of the powerful investment bank Goldman Sachs, wears a Shinola Runwell chronometer (below right, approximately $750). 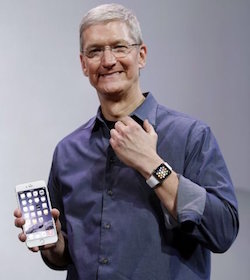 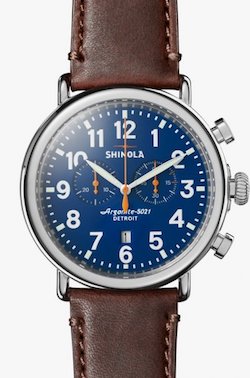 Meanwhile, Amazon’s Jeff Bezos, the world’s richest man, sports a relatively modest Ulysse Nardin. The brand’s GMT Big Date, which is what Bezos has often been photographed wearing, retails for about $7,700 new and $3,200 used—entry- to mid-level luxury for most jewelry stores, but pocket change for Bezos. 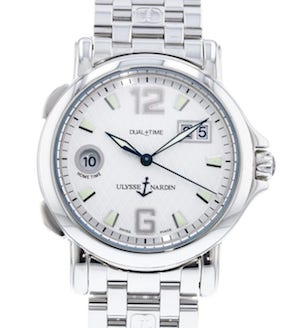 At the other end of the spectrum, Sergio Ermotti, the Italian CEO of Swiss bank UBS, sports a $23,000 Rolex Daytona, while Michael Corbat, CEO of Citigroup, has been pictured wearing a Jaeger LeCoultre Master Perpetual Calendar. A used one was listed for $19,500 on Crown & Caliber LLC. And the only big-name executive to sport a diamond watch is Ginni Rometty, the first female chairman and CEO of IBM. She favors a Rolex Cellini with a mother-of-pearl face and two-row diamond bezel (below). 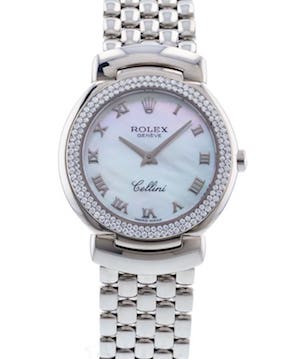 Finally, Warren Buffett, the famously frugal billionaire whose Berkshire Hathaway Corp. owns Borsheims, Ben Bridge, Helzberg Diamonds, Richline, and more, also wears a Rolex. Despite still living in the modest Omaha, NE home he bought for $31,500 in 1958 and reportedly driving his cars until they're "embarrassing," he is quite proud of his gold Rolex Daytona, which retails for about $27,943. And not surprisingly, according to reports, he tried to buy Rolex, the company--alas, without success. But what inquiring minds really want to know is, did he really pay retail for his watch? He has a few connections that could get it for him at wholesale, after all!

Below: Warren Buffett wearing his gold Rolex Daytona. His good friend Bill Gates does not appear to be wearing any watch. 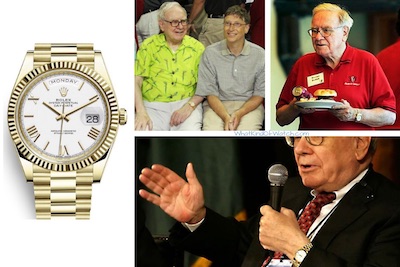