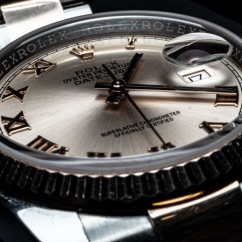 New York, NY--The situation with the shortage of luxury watches is't getting any better. While there's been a steady demand for timepieces from top brands such as Rolex, Patek Philippe, and Audemars Piguet, the limited supply has been a problem.

[Photo by Lehel Mozgai via Pexels]

The issue is contagious too. Brian Duffy, chief executive officer of Watches of Switzerland Group Plc., told an outlet that the problem is spreading to other high-end watch brands such as Omega, Zenith, and IWC.

“A lot of what we are selling we can’t get enough of in the first place,” Duffy said, as per the report. “The whole industry is characterized by more demand than supply.”

Per the report, Watches of Switzerland Group continues to add customers to the expanding waitlist as timepieces are not in stock. Duffy feels that even if there's an impact on demand, it won't be apparent for a long time due to the waitlist.

The CEO of the top UK retailer and one of the biggest US retailers — Watches of Switzerland — also said in the report that his stores were struggling to keep stocks of other watches such as Zenith chronographs, IWC pilots, and Omega's Speedmaster and James Bond Seamaster.

Per the report, the company also announced its pretax profit at 126 million for 12 months ending May 1 — a figure almost double than the previous year. Duffy also said in the report that any pandemic-induced disruptions are also "largely behind us."

More in the entire report.

Next article:
Robbers Use Sledgehammers To Steal Watches in Long Island Smash-and-Grab Robbery