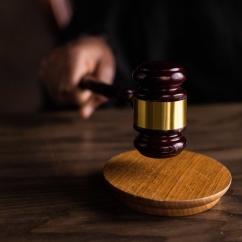 [Photo by EKATERINA BOLOVTSOVA via Pexels]

A news report stated that Ronkonkowa-based Harris Jewelry must refund tens of thousands of service members for warranties and dissolve all of its businesses. Per the report, the decision is part of a state agreement to recover around $34 million from the retailer for more than 46,000 active and former service members.

“It’s abhorrent that Harris Jewelry built their business by taking advantage of young service members risking their lives to protect our country,” James said in the statement, as per the report. “Harris Jewelry claimed to serve and support our troops, but its business practices were entirely self-serving.”

In response, Harris Jewelers issued a statement, saying all of its stores closed over a year ago during the pandemic would not reopen, adding that it has had a “proud 60-plus year history serving active military personnel.”

Per the report, the jewelry store told service members that purchasing products on credit would have a positive impact on their credit score. The company also had an unfair and deceptive sales attitude with its jewelry protection plan. It also did not include disclosures in its advertisements and sales contracts.

Read more details in this report.