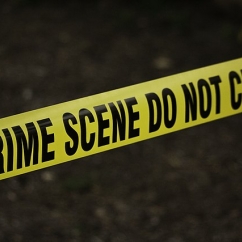 Miami, FL--A Miami jewelry store owner is offering a reward for any information that leads to the arrest of the trio that committed a burglary at the store on August 22.

"I'm just trying to find out the truth about this," said the owner, Jorge Fernandez, in a news report, adding that he believed the three men came prepared with tools in hand and a plan in mind.

Surveillance video from Ashley Jewelry on NE 55th Street showed the suspects tried to open the safe from the front and eventually managed to break it open through the side.

Per the store owner, items worth $300,000, including seven watches, Cuban link necklaces, and diamonds, are missing from the store.

Per the report, Fernandez hopes that someone recognizes the suspects and is offering a reward between $5,000 to $10,000 for relevant information.

Anyone with information on the incident is asked to call Crime Stoppers at 305-471-TIPS.

Watch the incident video in the original report.

Next article:
Is Talking About Jewelry On TikTok Profitable For Influencers?