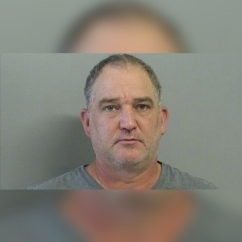 Tulsa, OK--A jewelry liquidation service turned out to be a scam after multiple victims said their items went missing after they dropped them at the store located near 61st and Sheridan.

According to a news report, police found out that the store's owner, Paul Williams, would not respond to any attempts by the jewelry owners to reach out to him after leaving their jewels with him.

Per the report, investigators in the case found out that the liquidation service closed its doors after acquiring the items. The owner retained thousands of dollars of jewelry after pawning them off for financial gain.

The police received 12 police reports from alleged victims of the liquidation service and arrested Williams on September 16, charging him with four counts of embezzlement by employee, false declaration of ownership, and obtaining money under false pretenses. Anyone who believes they are a victim of this crime can contact the Tulsa Police Financial Crimes Unit at 918-596-9209.

Next article:
Jewel-Craft Wins Vendor of the Year for the Fourth Time