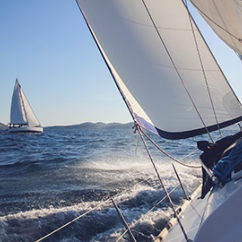 The Ulysse Nardin release of July 15 stated: "Jérémie Beyou is the big winner of this remarkable race before the Vendée Globe, the Vendée-Arctique-Les Sables d’Olonne. Yesterday evening, at 8.44 pm with a total distance of 3,284.3 nautical miles at an average speed of 13.4 knots, Jérémie Beyou was the first to reach the final point [in the seaside town of Les Sables d’Olonne, France] after a tight and intriguing competition with the other skippers. After ten solitaire days fighting waves and winds, exploring and exceling oneself, Jérémie Beyou has pushed his limits, confronted his fears and the incredible force of nature to complete this epic adventure which turned out to be his own Odyssey."

"It was really intense and a unique format," said Beyou. "The course had never been sailed before. Inevitably there were a fair few unknowns with the added pressure of not knowing if you and your boat are ready for the Vendée Globe, because it’s coming up fast! I’d put pressure on myself all on my own, it was important for me to sail well… I was tense for the whole of the start of the race and then gradually relaxed into it, but it wasn’t easy to live with the whole time."

The photos below include one from Ulysse Nardin credited to Vincent Cututchet/IMOCA [IMOCA, International Monohull Open Class Association, is the organizer of the race]; and Eloi Stichelbaut, respectively. 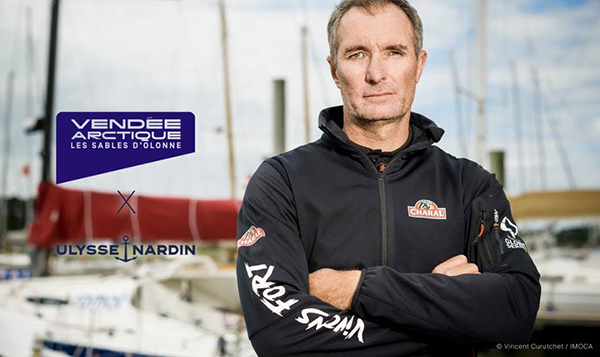